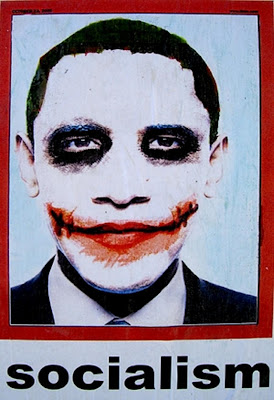 Washington, DC—As Americans begin to see past the smiling façade of Barack Obama his sinister goals are becoming obvious.

Instead of lifting the tax burdens of Americans to stimulate the economy Obama lined the pockets of crooked bankers, brokers and auto industry executives. This paralyzed the honest business competitors ending fair competition and our coveted free market.

With the increase of impoverished immigrants along with the success of our teachers unions, our electorate has become increasingly ignorant. The majority of voters can’t name the three branches of the American government. They can’t begin to understand government.

American’s collective ignorance made is easy for the former community organizer to emerge from the most corrupt political organization in America to be President. All it took was plenty of money from Communist nations and American media shills in lockstep with a Socialist agenda.

The nebulous Hope & Change agenda was only a mask for a new Marxist model. Failed political ideas with a new face, does not somehow make for a good way of life.

The cornerstone for Obama’s Socialist agenda is the hostile government takeover of the medical, pharmaceutical and insurance industries. Americans are now learning how destructive and expensive Obama’s plans are and are making themselves heard.

As Obama’s ratings deteriorate the stock market shows signs of hope. The only way to save America is to get rid of Obama, Pelosi and Reid, whatever that takes. These Communists want to enslave America under the yoke of their Marxist dream.

You're right Paul, history is repeating itself. What BO doesn't realize is we have an armed nation, with people who didn't buy his hopey changey shit from the getgo.......... They will fight shoulder to shoulder to take back this country one street at a time if they have too.

I fear a civil war. Where I am living now, they are already ready. bunkers of concrete dug, 2 feet thick walls, vantage points from hills and valleys. Sounds Orwellian to listen to this being a city girl, living in the country. I have pics of friends stockpiles of ammo and guns, battalion leaders would be proud.

I think BO is going to back down. The people are beginning to fight with their words and BO doesn't want a civil war. I think his tune is about to CHANGE we can only HOPE.

want to read something that will blow your socks off?


"If you get an email or see something on the web about health insurance reform that seems fishy, send it to flag@whitehouse.gov."