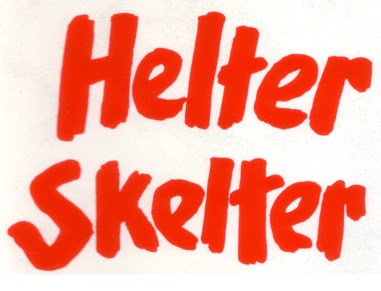 Los Angeles, CA—Forty years is indeed a milestone since the nights of unbridled horror rocked Hollywood. A bunch of seemingly disenfranchised kids were misled by an older ex-con who was a charismatic aspiring musician. That group of naive kids was taken down a path straight to Hell.

The crimes were beyond unimaginable and senseless. Was this a product of a mind control experiment gone wrong? I’ve heard all the theories by the so-called experts and can except none of them. Perhaps we will never know.

One thing for sure. If there ever were crimes that justified the death penalty these were at the very top of the list. Fuhrman vs. Georgia changed all that in 1972 when the Manson Family was resentenced to life.

Most Americans can find any mitigation or reason for mercy for the Manson Family horrors. Excuse me for suggesting that the mad acts of first time offenders under unparalleled influence of drugs and an evil leader deserve study and perhaps some form of mercy.

It was none other than our own government that gave us LSD, an intended weapon of war gone wrong. The 1960’s users of this drug never had the right information about the risks and Hollywood made that and other drugs fashionable. Heavy LSD us by the Manson Family was well-documented.

As for Charles Manson he was no first time offender nor did he deserve to live, but what about the kids Manson twisted? They were an extreme danger and their acts deserved extreme punishment. Had these kids entered my dwelling I would have done my best to kill every last one of them in an act of justifiable self-defense.

Now these kids are senior citizens who have disavowed Manson and taken steps to change their lives. Should they be redeemed? Most or all religions of the world say yes while most Americans say no.

We do know one thing for sure. Age and disability does remove or greatly reduce the danger connected with releasing criminals. We also know that young and dangerous criminals need the confinement behind bars.

At this point in time the Manson kids are incarcerated strictly for deserved vengeance only. Their behavior in prison has been well beyond that of their peers.

As California dumps tens of thousands of prisoners on our streets early I’d like to think the old, disabled and long time reformed prisoners get preference for release. That includes the Manson family sans, Manson.

We must make room in our prisons for the young and able bodied offenders that threaten our safety.
Posted by Paul Huebl Crimefile News at 8/08/2009 09:24:00 AM

I'm against the death penalty too. Not because I think it barbaric, but because it can never be applied with 100% certainty, and you need 100% certainty to take a life that you cannot give back.

I don't care how well they've behaved, anyone who willingly and with malice and intent (murder) takes a life should spend their days in jail and NEVER get out.

There is only one thing I disagree with in this post............ Manson never killed anyone as far as we know. His kids did all the killing because he told them too, under drugs, influence and waywardness.

I believe these were cold hearted killers, manson is a lunatic, but the blood of all that were killed are on the hands of his followers. They deserve the death penalty, and deserve to rot in jail, if California won't give them the needle. I feel the needle is too good for them. May they suffer in jail the rest of their lives for the atrocities they committed under the influence by mind or by drug.

Sorry Paul, they didn't show any mercy as they repeatedly stabbed their victims, including Sharon Tate, as she begged for the life of her unborn child. I don't care if they are old and feeble and the one is dying of cancer.....may she die confined in a jail cell or infirmary and not in the peaceful surroundings of a hospice!
And you already know my position regarding the death penalty, so I just won't start that heated discussion, again!

I’d worry in a dull world where everyone would agree with me. My views on the death penalty are opposite nearly everyone of my cop friends.

Keeping disabled or the nearly comatose people behind bars, is a huge waste of money. I advocate locking up as many as ten young and dangerous criminals rather than letting them out on probation is a better use of the money.