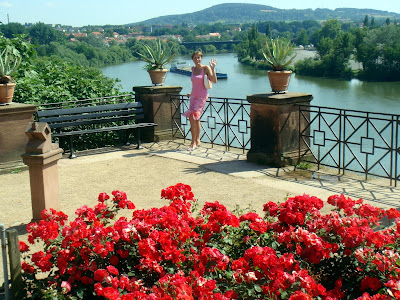 Aschaffenburg, Germany—As a U.S. Army conscript I was lucky enough to sit out the Viet Nam War as a medical corpsman here. I was all of 20 years-old when my Military Airlift Command jet touched down on a snowy Frankfurt runway in December of 1968. I lived and worked there until my military obligation was completed in June of 1970.

I wasted no time in getting to know the people customs, and language. I avoided spending any time around my fellow soldiers as I went on a non-stop exploration of a country that was still making repairs from allied bombing a couple of decades earlier.

Many of the older people were unhappy with Americans and viewed us as an occupation army. Others were happy to have us protecting them from the Bolshevik bastards that raped the women and children when Germany fell.

Many Americans want to blame the German people for the acts of their politicians that led to World War Two. Adolph Hitler mesmerized that population just as that Marxist Barack Obama has our own. The people had no clue what Hitler’s idea of Hope and Change would be until it was too late.

Germans are a proud, hard working and law-abiding people. West Germany was no welfare state. The people were just really nice. It’s too bad we don’t have that kind of culture in the United States.

The young women of Germany I met were, refined, elegant and especially pretty. Dating American soldiers was never popular especially with the girl’s parents. Having a working knowledge of the customs and language saved the day. I found myself accepted. At the time I felt I was way too young to hook up with a German bride and fled from that idea.

I truly had the time of my life there but was not smart enough to know it. Getting drafted turned out to be one of the better things that ever happened to this Chicago kid raised in poverty.

In hindsight I should have stayed in Germany and gotten my education there. We all make or choices and we don’t get second chances. My Austrian heritage would have quickly gotten me dual citizenship.

Today I look for any reason to travel to this great place. Investigations, film work and news gathering have rarely facilitated my travel here. I’m ready to go again at the slightest excuse.
Posted by Paul Huebl Crimefile News at 8/15/2009 09:31:00 PM

We both ended up in West Germany during the latter years of the Vietnam War. Someone must have been watching out for us. I also enjoyed my time in the old country. I bought a car within a month of arriving, and I would take off with buddies every time we got a few days off. Amsterdam, Dusseldorf, Stuttgart, Innsbruck, Zurich, Lucerne, and many more cities were explored. I have to admit to a particular fondness for the Austrian ladies. Never in my life have I seen such spectacular brunettes. I would like to go back one day as well. And you hit the nail on the head when you said that you had the time of your life but didn't know it. I feel the same way. And what was up with the coffee over there? I have never had such a great cup of Joe than in those cafes. Care for a Bratwurst with Pommes Fritas with the little plastic fork Paul?

Yeah buddy! My early teen years were spent in Heidelberg as an Army brat during that same period. I was mesmerized by the beauty of the place and the quality of craftsmanship in everything. And the history that seemed to reach back eons. Unfortunately, it wasn't until we were headed back to the States that I discovered the girls. All the other stuff had kept me too busy though. I took full advantage of all the programs offered to dependents and traveled everywhere I could. By myself on these trips it never failed that some GI would kindly take it upon himself to be my guardian angel from a distance making sure this naive youth was always safe from harm. Often I think back to how cool that was of them as these were the times of the Badder Meinhof gang and things could be pretty sketchy for Americans there at the time. If you're out there, I thank you guys! I'd love to go back someday......like you said, "the time of your life.." Oh yes, those brats and pomme frits, to die for!

Aw, you guys are killin' me.

The wife just started us on some new healthy diet and here you go talkin' about brats which is bad enough, but my mind automatically adds a liter of beer -- to be delivered and drunk *before* the food arrives to make way for a second liter.

And now she wants to go to CostCo today and get that awful (but healthy) chicken salad for lunch and tow me around by my you-know-what while she shops.

Have some mercy, guys!

Retired CPD living in Florida. I was in Aschaffenburg ('61-'64) I can't place that photo except for the Main River. Could it be the Johanesburg Castle. That beauty was still under repair when I left. Rumor was that Patton's tanks leveled it because it hq'ed a waffen SS armor unit. Anyway I enjoy your website. Take care.

You win the prize! It is The grounds next to the Schloss Johannisberg! They were just finishing the repairs you talked about while I was there.

Two years in Wildflecken, just beautiful, was a 19E20