The Michael Jackson Sendoff Concert Will Definitely Rock In L.A. 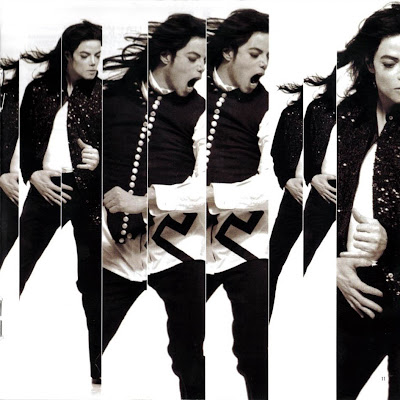 Los Angeles, CA—Tuesday’s Memorial service for Michael Jackson hold serious promise of being the rock concert of the decade. The tickets are free. You just have to win one of the 17,500 seats awarded. As of yesterday they were well over a half-million requests made on line. That’s expected to double by 6:00 PM today. The drawing will be on Sunday.

The odds of actually winning a ticket were about 1 in 183..

The memorial is set for 10:00 AM on Tuesday at the Staples Center. They will seat 11,000 and another 6,500 ticket winners will have to settle for watching the event on big screens at the Nokia Theater.

I suspect the overflow crowd will be large, unhappy and a serious challenge for the LAPD. One thing for sure this event will have no precedent. Even the greatest psychics will have difficulty predicting the behavior of thousands of unhappy young Jackson mourners.

I will let you all know Sunday if I was able to score two tickets.

An Update: Reportedly there were no less than 1.6 million people seeking Jackson Memorial Service tickets before they closed the process down. We will know by Sunday if we bagged the two seat request. The odds of getting a ticket are about 1 in 183.
Posted by Paul Huebl Crimefile News at 7/04/2009 01:38:00 PM

Glad they opened the Michael Jackson Lottery to the world's residents.

At first the lottery for the Michael Jackson Lottery was only for U.S. residents.

Glad it opened up to world citizens as well. Since the rest of the world really loved Michael i.e. 50 concerts were scheduled in London alone before he died.

It's would be like saying if you are an American ... In London you can't see the Rolling Stones because you are not a UK resident.

Michael's music certainly crossed National Barriers and it is fitting that anyone from around the world can attend - if they win the Michael Jackson lottery.

Are they giving away any tickets to children who are molestation victims?

Paul, Please investigate the Jackson probate case and tell us who is the beneficiary of the King of Pop’s boy-porn collection.

Michael Jackson was not convicted.

So does calling Michael Jackson a pedophile give some people a feeling of superiority? Or are they genuinely worried about the kids?

The people judging Michael Jackson during and after he beat the rap for child molestation is enough to send anyone to their grave prematurely.

Propofol is a powerful anesthetic, which should never be administered outside a hospital, and it's looking like that drug killed Jackson.

There were several bottles in Jacksons house, some empty, some full, none with prescription labels.

Nicknamed "milk of amnesia" because of its milky appearance, propofol has been associated with an irreversible chain of events leading to cardiac arrest and death, according to the Mayo Clinic.

The manufacturer advises that patients be continuously monitored during its use. Alot of people do it because the drug totally takes away all anxiety, all fear. It's incredibly relieving of pain anxiety and stress. People do it to escape

If Law Enforcement find who supplied it and who administered it, and if it can be proven that it caused Michael Jackson's death, the docs involved could well be prosecuted for manslaughter.

But Actress and Comedian Whoopie Goldberg was exceptionally strong in defending her good friend Michael Jackson saying she would leave her kids with Jackson, saying Jackson was not really interested in sex, and that he loved kids because they were the only people that really understood him.

Here's what contributed to Michael Jackson's death and it happened 25 years ago when his head was set on fire.

Trauma never leaves you completely - no wonder Michael had to take alot of pain killers.

But the pain got the better of him in the end.

That is the drugs & the injections to stop the pain - got the better of Michael Jackson in the end.

Regardless from 1984 and over the next 25 years Michael never gave up.

And even with the additional recent painful and humiliating problems, he did try really hard - to make his come back...