California Has Money to Burn! 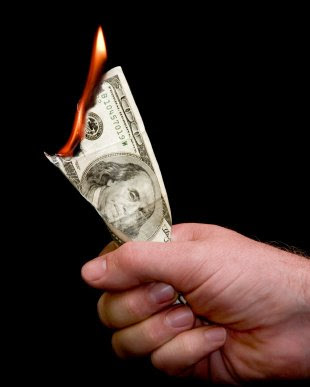 Los Angeles, CA-As this state sends out IOU instead of tax refunds or payments to vendors they have plenty of money to waste.

The taxpayers bought most of these guns through the morons they’ve elected to rule them. Mixed in with the junk guns were one of a kind museum pieces that collectors would have paid serious money to own.

With glee KTLA’s freelance reporter Wendy Burch tells us how safe we are now. Wendy forgot to mention California officials have announced intentions to release some 60,000 convicts from California prisons early.

I wonder how many criminals could serve their entire sentences with the destroyed revenue from the lawful sale of serviceable firearms to law-abiding citizens?

“The streets are safer already?”

Damn, there really are some severely stupid people running around!

Paul,I cant bear to watch the video.It makes me sick to my stomache.