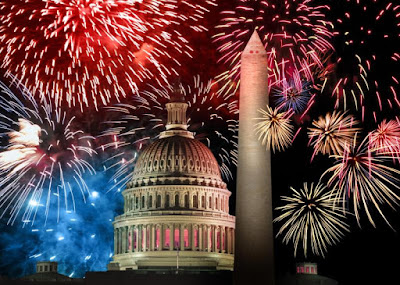 With the Fourth of July looming celebrations of freedom can no longer be made with a straight face. Make no mistake we are not free. We simply pay and pay as our out-of-control government ratchet ups their extortion, making virtual slaves out of all hard working Americans.

We’ve lost nearly all of our privacy and gun rights. We can blame most of that on a failed Drug War as we are forced to pay even more through government extortion schemes such as robot traffic enforcement cameras, taxes on energy use and even basic health care benefits.

Government will never control itself. That’s our job as citizens. We must control the government. So far we have failed miserably in our duty to keep politicians and their bureaucrat’s hands out of our pants.

We have allowed government to strangle our employers out of business and that has robbed millions of us our jobs and daily bread. What they have not taken from our employers they have taken directly from us.

Why must Americans pay for the health care and educations of millions of illegal aliens? Socialist politicians see the illegal aliens as future supporters of Socialism. These un-American politicians will never vote to cut the freeloaders out.

Imagine an American where government has been shut down at every level for weeks and months at a time. A government with no handouts for crooked contractors, illegal aliens or politicians junkets to expensive foreign lands?

Imagine and America with lawmakers that must live on the economy they create and protect instead of the whopping salaries and per diems they vote for themselves?

Our lawmakers were never intended to be full time professional legislators. It was intended they meet, make laws and budget government then return to their districts. They should be working in their own professions like the rest of us. Instead they don’t have a clue what their constituents lives are really like.

I have heard a lot of sharp rhetoric about taking up arms to fight this despicable government tyranny. We can do so much more without resorting to any violence. We can fight by simply refusing to pay their extortion.

As we think about the actual reasons we celebrate the Fourth of July we should use the only muscle we have to stop feeding the monster. If we cut of the monster’s cash supply they it be forced to downsize. Don’t feed the monster!
Posted by Paul Huebl Crimefile News at 7/02/2009 07:48:00 AM

Paul, your plan to strangle an out-of-control government will never work. If every American stopped paying tax the government thugs would be able to continue the way they’re doing it right now. They are simply printing money day and night!

Our currency will soon be worthless and get replaced with Chinese Communist money. Obama would welcome that with his Marxist methods.

The only way to stop thugs, thieves and extortionists is to kill them.

Excellent Post Paul!
You are right on the money!!!
And to think... it has all been in the name of greed!

It's difficult, and takes a moderate amount of time, but if Americans would, for just ONE month, refrain from buying foreign made products, we could create an impact felt around the world. We, as Americans, need to unite & take back our Power and our Country!

"I predict future happiness for Americans if they can prevent the government from wasting the labors of the people under the pretense of taking care of them."
Thomas Jefferson

Crime file said "With the Fourth of July looming celebrations of freedom can no longer be made with a straight face. Make no mistake we are not free. We simply pay and pay as our ...government ...makes virtual slaves out of all hard working Americans. We’ve lost nearly all of our privacy and gun rights..."

I agree with Crimefile and I have agreed with this statement for along time now. In addition Americans have lost all their civil rights too.

Many provisions in the bill of rights are ignored, and the tax payer is made to pay to defend crooks, cheats and liars who work for the Government.

This then becomes government for the government against the people with the crooks being defended using the people's taxes. An innocent individual is left to fend alone against this crooked machine.

I agree with the majority of what you're saying crimefie,(but with a few exceptions.)Taxation is not what made many corporations relocate abroad. It was GREED pure and simple. Due to labor laws in our country that protect the average worker they cannot be expoited the way workers in poorer third world countries like Indonesia or communist countries like China where employers dont have to worry about expensive heath care coverage because the state provides it. The flip side of these companies going abroad is a employment and economic vaccum that has been created. No income,no consumer purchasing also no tax revenue. Add to the mix the trillions of dollars spent by Bush and the GOP dominated congress while adding trillions of dollars more in bailouts of banks and corporations by both Bush and Obama and you have a recipie for disaster. When the greedy corpoations took good jobs abroad they undermined the financial stability of our nation. Over the last 25years we have gradually become a nation of consumers funded by cheap credit. THE PARTYS OVER! We have become bankrupt as a nation and as individuals. The only hope this country has is to somehow either bring back or create good paying jobs.More and better paying jobs would expand our tax base and be beneficial towards lowering the defecit providing we don't keep overspending.Also heath care spending MUST be reigned in. If medical costs keep expanding at the current rate,only millionaires will be able to afford insurance and deductables.We have many problems. Hopefully we can all come together as Americans to solve them.