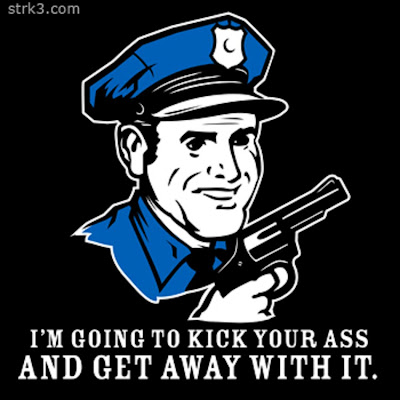 Springfield, IL—Illinois is one of those states that hide government actions under a solid wall of confidentiality. Corrupt dealing of politicians is covered up under pretend concept of individual privacy.

A glaring example of such a law is the one that makes it a felony to record a conversation in person or by phone without the consent of all parties. The law was created and is designed to keep evidence of politicians and bureaucrat’s extortion crimes out of courtrooms. Aldermen, commissioners and even judges would be a lot easier to prosecute without this law that protects their misdeeds from exposure.

Because the records have been shielded police commissions and boards have enjoyed the ability to do whatever they felt like doing to police officers.

That seems to have changed when the 4th District Illinois Appellate Court deemed all internal investigation records regardless of disposition are pure public records.

The case is Gekas vs. Williamson and is now the law. The case was decided away from the control of the Burke-Daley Crime Families of Chicago. Should Williamson appeal to the Illinois Supreme Court I suspect that Ed Burkes’ wife who sits on that court to use her influence to keep these kinds of activities far away from sunshine. They have 35 days to file their notice of appeal.

The downside issues raised by some cops include:
1. Police are forced to undergo questioning despite Fifth Amendment rights. The fruit of these nefarious probes would be public record.

The fix is to end the unconstitutional grilling of cops. If there were no unlawful interrogations of cops this would not be a problem.

2. Frequently internal investigators investigate allegations of officers living outside the City of Chicago or the department routinely checks up on cops on the medical roles. Their home addresses, phone numbes, family member’s names and other very personal information would be available to criminals making public records requests.

The police unions and departments need to find a way avoid putting the sensitive information in the various reports. Perhaps they can reclassify and reassign these duties to personnel workers.

3. Government keeps too much information on everyone.

If there are completed investigations and they have been adjudicated favorably for the officer the records should be purged and destroyed forever unless there is pending litigation involved. Government keeps far too much private information on everyone and that must be discouraged in any free society. Invading privacy and using privacy as a shield to hide government action is the real problem.
Posted by Paul Huebl Crimefile News at 7/24/2009 05:41:00 AM


Aint that the truth!

We all know that the CPD's policy of discipline functions only for those with "CLOUT".

Those without clout are subjected to horrendous injustices and they wonder why the morale on the CPD is in the toilet?

If you think CPD is bad come out to the burbs.Micro-managing like Ive never seen.
Burb PDs really like gunning for guys jobs.

With Burkes wife on the High court this will be a short lived lower court decision.

Paul,if this ruling is allowed to stand,how does it affect Garrity??

I like to think I’m a pretty smart boy but I’m not sure of an answer since the courts are unpredictable.

For those who want to know a little about Garrity here is a good link: http://www.poam.net/blog/quick-reference-guide-to-the-garrity-right/