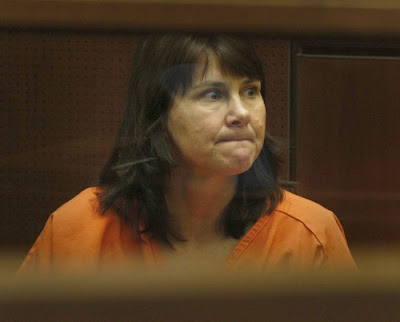 Los Angeles, CA—The L.A. Times, reporting anonymous police sources claim that Sherri Ray Rasmussen was found beaten, had been bound and executed. She suffered three .38 gunshot wounds to the chest and that a bathrobe was used to muffle the sounds of the gunfire.

The 1986 killer or killers apparently stacked up stereo equipment on the floor and also removed Rasmussen’s car creating the appearance of a burglary.

Some weeks later, Lazarus reported to Santa Monica police that her .38 snub-nosed revolver was stolen from her automobile.

These leaked reports may negate any possible self-defense claims by career police detective Stephanie Lazarus who is accused of murder and is being held without bond.

It’s beyond ugly when death investigations are made the subject gossip being leaked to reporters by cops acting well outside the integrity parameters in place to prevent these types of nefarious disclosures.