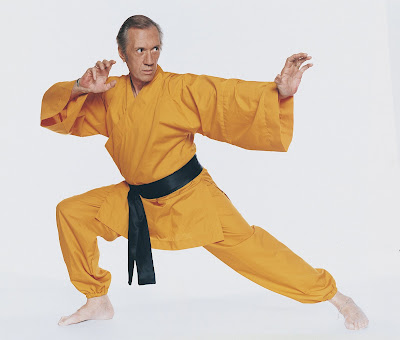 Bangkok-This is the premier sex playground of the world. Popular actor, David Carradine was found dead, hanging in a hotel closet suspended by his neck and genitals.

As always happens, close friends and relatives want to protect the decedent from the horror and embarrassment of this kind of disclosure. They refuse to accept the findings of forensic experts that investigate these cases.

I have investigated many of these cases as a cop and later a private eye. I’ve never seen a medical examiner proven wrong on these unusual deaths.

Millions of dollars are paid every year to investigators and “experts” to manufacture findings that will contradict the salacious gossip of what may be considered an act of perversion.

Murder or suicide is always more acceptable to families than a seemingly darker truth. Human sex is far too complicated for even the experts to understand. Humans develop their own personal triggers for this mysterious gift. Human sexual organs did not come with instruction books. I’ve learned to accept that we are all different and provided that nobody is injured or traumatized some of these acts get far more voyeuristic attention than they deserve.

For the Carradine family I feel for their loss. David Carradine should be remembered for his talents and ability to entertain rather than a private act gone wrong. The Carradine family is rich with great talent, memories and success.
Posted by Paul Huebl Crimefile News at 6/06/2009 07:40:00 AM

If only David was normal like most of us folks out here in LaLa Land.

Perhaps I am just too naive .... but I have NEVER heard of such a thing. One would think someone of 72 years would have refrained from something as risky as this.

What a tragic end to someone admired by many.
Bless his family.

He let living a life of excess kill him.

Okay Mr. Paul - listen up - this is the old copper and I just read your blog on this subject - while I have NOT conducted my own death investigation of Mr. Carradine - but rather based upon your information as presented in your blog - my findings would be that this bloat had either a helper who assisted him in this deadly act, OR, this is a murder. Take your pick but in my humble opinion, it is just a one man jag off type of death. I await your further investiogation of this death as to exactly what did this dude in. Old Copper.

Ya know... I was thinking the same thing! Not the "murder" part, but the "helper" part".

72 just seems too geriatric to be doing something like this on one's own. I would think even a younger man would have to be some type of Houdini to pull this off by himself! I'm thinking he had a helper, it went terribly wrong, and the helper bailed!
I concur with Old Copper.

It is possible someone was in his hotel room. If nothing taken I would say an accident.

Bangkok is known for sex and its red light district Patpong. All the taxi drivers offer to drive you there.

Hey, I think one has to be pretty good with scout knot tying to get one around the wang and the neck.

I don’t care for sports gods and most actors. They’ll always let ya down. What a sick pervert this man is.

To be engaged in that type of freaky foreplay. Moreover in a land that is a known sex-pool of children being raped, sex slaves, prostituted, makes me wonder what kind of skeletons this pervert has in his closet.

The photos made one Bangkok newspaper, wonder if they’ll leak online?

It seems you have a strong belief that older "geriatric" people don't or can't engage in and enjoy sexual activity. That stereotype is so far from the truth in many cases. That is a sad judgment against older people. Don't assume sexual desire just disappears when you reach an "old" age (whatever that is). Carradine was obviously a very active man at 72. He WAS there filming a movie right? and had many more lined up. That said, I wouldn't consider him too "geriatric" to be engaging in sexual acts. The manner in which he died should not overshadow his life accomplishments.

It seems you have a strong belief that older "geriatric" people don't or can't engage in and enjoy sexual activity.


You seem to have taken my comment totally out of context. Not once did I say the geriatric community should or could not engage in sexual activity. But let's face it.... a very large percentage of this community would not posses the agility to preform such a feat, unassisted. An attempt to do so would have been, at best, foolish. The fact that he was still able to make a movie at 72, has nothing to do with human strength or physical health, for that matter. Henry Fonda made his final movie, On Golden Pond, at the age of 76, but I doubt that he would have been physically capable of running a marathon. I also stated that he was admired by many, noting the fact that he did accomplish many things in his lifetime. I still do, however, feel bad for his family. Regardless of your feelings on the subject matter, it must be very difficult being forced to deal publicly, with such a private matter.
So to reiterate my original comment...To attempt such an act, alone, at 72, is risky. I am absolutely NOT stereotyping any community, of any age..I am just stating a fact.
Sexual activity is one thing.... acrobatics is another

I could do without sex. But I occasionally still do just to keep my wife happy.
I'm a healthy 50 year old male.

If I were single, I'd be celibate and never would look back. I'm a human being, not an animal.

Christian PI said...
I could do without sex. But I occasionally still do just to keep my wife happy.
I'm a healthy 50 year old male.

If I were single, I'd be celibate and never would look back. I'm a human being, not an animal.

Healthy 50 year old male eh? I hate to break it to you but something is wrong with you. Perhaps you have a low hormone (testosterone) level that is adversely affecting your sex drive. Or, based on your name, maybe you have guilt issues based on your religious beliefs. Sex is perfectly normal for healthy adults and is nothing to be ashamed of. Some religious teachings falsely suggest that sex is dirty and shameful. I know the Catholic Church teaches that, and even goes so far as making their priests take a vow of celibacy. Just where in the Bible does it say that a man of God must be celibate?

Carradine never did have both Oars in the Water...