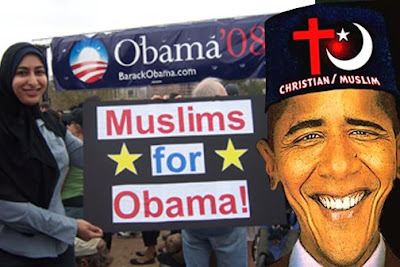 Egypt—As Barack Obama readies to take off for Germany, he really made a fool out of himself. His assertions to leaders in Saudi Arabia and Egypt contradicted his American political campaign by embracing his Muslim religion he refused to acknowledge.

His efforts fell on deaf ears since he also claims to have since become a Christian. That makes him deceptive as he downplayed his real connection to Islam during his presidential campaign.

The reality here is that Muslims will view him as an infidel who turned his back on Islam even if that’s not the case. Despite Obama’s speech he gained no ground with Muslims.

The only good thing for our Muslim enemies is that they know Obama is a Communist and an American traitor. Perhaps they will view us on friendlier terms as a result.
Posted by Paul Huebl Crimefile News at 6/04/2009 10:11:00 AM

Barack is the thirty thousand staff he hired. It is not just his fault.