Obama Will Go To War To Boost Image And Power 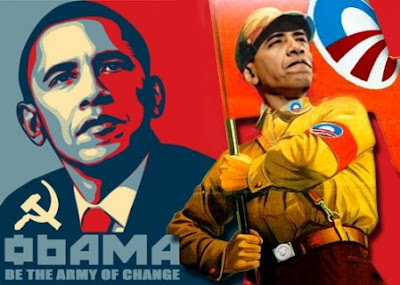 Washington, DC—The honeymoon between Congress and Chairman Barack Obama seems to be ending as those up for re-election understand their days are numbered. Supporting this Marxist regime is proving to be a political liability.

The seizure of the health care industry by our Communist leader seems to be getting some resistance from even many Democrats. Obama seems to be on a slow downward spiral.

The only way for Obama to succeed now is to make a new pretend war and hope the population unites to support him in that effort. Perhaps he will go after North Korea and as in Harry Truman’s day the Chinese Communists joined in and we were unable to win.

Today a significantly weakened America may not survive that fight and become occupied territory of Communist China. Obama would be so pleased to have a role in the new government where he need not stand for re-election.
Posted by Paul Huebl Crimefile News at 6/18/2009 06:51:00 AM

Let's hope he doesn't follow the rest of the playbook and scapegoat some minority group.