Obama Laments The Ouster Of Marxist Leader In Honduras 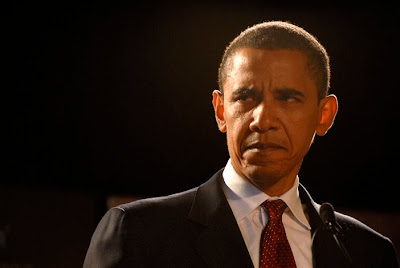 Honduras—Today there is one less Communist in power and Chairman Barack Obama is angry about it. Manuel Zelaya got the bum’s rush out of the Presidential palace by that country’s military. Zelaya is presently in exile after an apparent bloodless coup.

Why am I not surprised, Obama and his Secretary of State Hillary Clinton are demanding that their Marxist friend be reinstated as President? It should be noted that their other Marxist pal Hugo Chavez is also whining about the much needed coup.

Usually these Communist bastards are on the wrong side of the firing squads, killing instead of being killed. It’s really too bad that Zelaya is still breathing. Maybe that can be remedied soon.

I hope to see the final solution to Communist and Socialist problem in my lifetime. That is total extermination of all of these rats and the poison they spread to enslave mankind.

Can you imagine Obama sending American troops into Honduras in order to restore a Marxist leader to power? I’d hope our troops would rather face a military prison before they obey an invasion order helping a Communist regime.