Michael Jackson A Study In Paradox 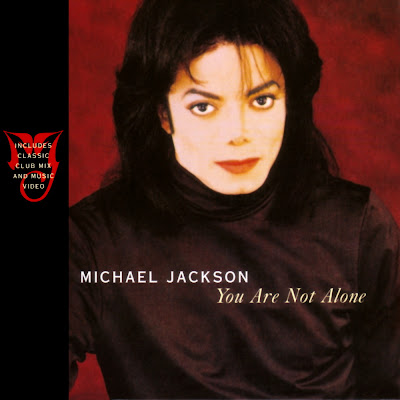 Los Angeles, CA—With the premature death of pop legend Michael Jackson, I don’t know if He should be despised, pitied or loved.

No matter your opinion of Jackson’s dark side, he was a master of entertainment. He was as prolific as any entertainer that ever lived on this earth. He invented dance moves that defied gravity, made music that at one time or another was appealing and enjoyable no matter what your taste was.

Jackson’s work employed thousands over the years. Jackson was a major corporation that launched so many careers of otherwise incidental people.

Some say Jackson was an evil serial pedophile. If Jackson hurt children, thankfully it was not by torturing or killing them. Evil can only be measured by the mental state of the offender and we have little knowledge of just what Jackson’s real culpability was for his conduct.

Because of Jackson’s immense wealth he was a natural extortion target. You may hate Jackson’s abuse of Children but I hate the unindicted co-conspirators much more. Those are the parents that let their little boys sleep over with a man who wears more makeup than his sisters. Were they hoping for an opportunity for a $20 million hush money payout too?

If we do indeed have an afterlife and we are to be rewarded or punished for our deeds I’m sure our maker would mitigate punishment based on just what we are made of. Some humans have little impulse control while others never act on impulse. Some people commit mad acts that would never enter other’s minds.

Michael Jackson will be judged by his entire life and history, not just the last decade that’s been an unmitigated disaster.

The death and mourning of Michael Jackson is proving to be a huge event and no mater your opinion of him there will be no more live Jackson entertainment. That’s indeed sad. Because we’re blessed with technology Jackson’s works will live on indefinitely.

I prefer to remember Jackson for his work, good deeds and think of all the kids his employees were able to put through college because of that money machine, Michael Jackson.

One could not find a more well written piece, for a man that changed history forever. You are so right.

The Joy the Music and the Moonwalk will live on, the young people love it...

Young Jackson fans staged a mass "moonwalk" in London U.K.
on Friday 26th June 2009 and danced to his music.

The horde of people gathered on the streets outside Liverpool Street train station, one of the city's major transport hubs, and burst out into cheers, chants and dances to the tunes of "Billie Jean," "Bad" and "Thriller."

A man? One writer calls him! Get real! This sick jacko left scars galore on kids while he entertained himself and his perverted desires upon them. The only reason he was not convicted was because of his money! Yes his money. He paid off over $22 million for just one victim to "go easy on him". The others were paid and faded into the woodwork to give the money, in due time, to the shrinks who would attempt to make them whole again - after jacko had his way. Anyone with eyes could see this goof-ball was sick! Even his family knew he was sick but they depended on him for money. This guy was no Sammy Davis, Jr. when it came to entertainers - what dance moves did he invent? He paid chreographers to invent and teach him those moves. His singing was a screech covered by Quincy Jones brilliant music production.

He's gone and while I did not care for the man, he was a music giant from the late 60's til present day. He should be remembered for his music and not what the tabloids made of his life. It's not likely there will ever be another like him. I remember when Elvis died and it seems the reaction around the world is much bigger for MJ. (welcome to the internet?)