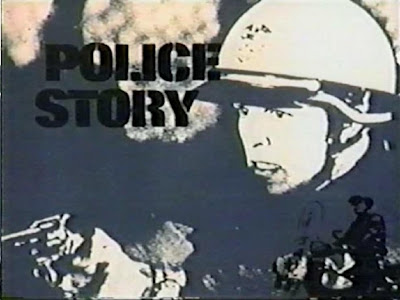 This is not something that should be funded by taxpayers and ordinary security guards lack training and the ability to provide a sufficient deterrent to potential terrorist acts. The solution that’s worked well for decades has been destroyed by the LAPD.

That time honored solution was to allow trained, certified and honorably retired officers to wear police uniforms along with their hard earned retired shields. They have been able to use motor cycles that have the appearance of being genuine LAPD bikes to perform the duties. They don’t make traffic stops or issue citations. They certainly have the power to make routine citizen’s arrests.

There were no problems other than a silly turf war between Chief Bratton and the retired cops. Bratton won and has forced the cops into t-shirts, reflective vests that have the deterrent effect of minimum wage security workers.

The retired cops deserve to be treated better and so do the film makers. Film makers have enough reasons to film outside Los Angeles and for that matter California. Aside from being taxed to death now they lose their safety too.

This is a horrible idea that’s not justified. Why is Bratton targeting retired cops?
Posted by Paul Huebl Crimefile News at 6/17/2009 02:18:00 AM

I expect that form a chief whom endorsed Osama.

Bratton likes changes as does Obama. Changes AWAY from good old traditions.
Bratton never spent one day as an LAPD Cop. Therefore I disqualify him as Chief.

Never trust a liberal dictator in uniform. He Hitler and Baca hate your gun rights and freedoms.

In all fairness one thing bad about this program is. most of the Ret guys are all fat.

Fat guys in uniform is BAD.

Although they need to fire all active fat guys first.

With LAPD looking at getting a big fat zero for their next con-tract, some good off-duty gigs such a these will be nice to supplement their income. The cost-of-living is eating away at their salary.

These retired M/C cops had their day in the sun (literally). Let the active guys have their time.

This is the way most of the major cities are doing it anyway. LA City is one of the few that have retired cops doing it.

Keep up the good work.

Give me a ring one of these days.

As a conservative I say keep the police out of it. The private sector will do a better job.

Re lapd cops not getting more in their contract. Their paid well enuf already. Their (our) pensions are fat and happy too.
We need to cut back and spend less.

If cops wouldn't over spend, screw around and get divorced' their one check would be sufficient.
But they want MORE from the taxpayers. BS

To be an lapd cop u only need a GED. Their over paid.
Ret LAPD

Yes, a GED is the minimum, but the majority of the dept. has a h.s. education and above.

PS: Please look into the definition of "their, they're and there".

The city (our taxes) also contributes to the pension fund.

So the liberal idiot that referred to another as a kook doesn't know what he/shes talking about.

Their pension fund now has a surplus of billions.

Lot of that is tax payer dollars.

Some of the comments here are beyond silly. The retired officers are paid for their services by the motion picture companies not taxpayers.

Taxpayers should not be paying this but apparently Chief Bratton feels otherwise. Bratton wants to increase tax burdens and his department’s role in this high profile industry and that wrong.

Leave it to politicians and bureaucrats to fix what was never broken as they pick the pockets of taxpayers.

Paul I don't think we assumed our tax dollars were paying for the movie gigs. Yes ur right tax payers r not.

I'd rather ret cops or private PPOs do it

You must be smoking your socks and/or some medicinal marijuana! Either that, or you are a retired motor cop scared of losing your gig.

The pension system hasn't been 100% funded for at least 3 to 4 years. It is right now 76% funded. Take a look at the pension website.

Oh, and the pension system is funded by both the cops and the city.

What does being a lib, con or an independent have to do with the pension and this topic?

I guess when you don't have facts you have to throw out nonsense.

Screw the LAPD bike cops! They write tickets on RETIRED cops from other jurisdictions! They should be ashamed of any member who would do such a lousy thing! The City of L.A. is so broke they have their foot on the traffic cops throat and they willingly throw other cops under the bus so as to save their own big ass! How can they look themselves in the mirror? Writing another cop - especially one who has NOT broken the traffic laws, just to meet their quota! L.A. is worst than a GA. Speed trap ever was! Don't plan a trip here - they are STARVING FOR MONEY! They write moms with 4 kids in an old junk box car - heartless bastards LAPD! Old Copper.

The City of LA doesn't really make money on the tickets that the m/c cops write. The state takes the biggest chunk, while the city get a tiny portion.

If the city had their foot on the m/c cops, they would make them write parkers, like the NYPD does. The city gets a 100% of the fine from parkers.

Most of the tickets that the m/c cops write are non-movers (broken headlights, no front plate, etc). They actually cost the city money.