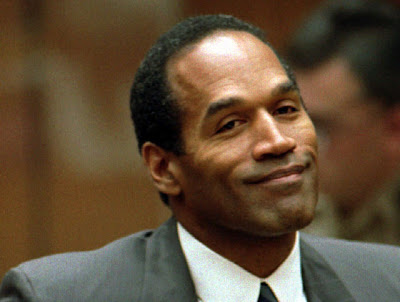 Las Vegas, NV-- Okay, you forgot about the Juice didn’t you? You thought you’d heard the last when Judge Jackie Glass slammed a cell door closed on him for some nine to 33 years, didn’t you.

Well the there were some serious appeal issues surrounding that case where Simpson and some others went to get stolen property back. The problem was they called it armed robbery and kidnapping. But was it really?

Simpson had asked to remain free pending that appeal expected to take years and Judge Glass said, no.

On August 3, 2009 the Nevada Supreme Court is hearing arguments on the appeal of the order to deny bail.

Simpson’s co-defendant, Clarence "C.J." Stewart, is serving 7 1/2 to 27 years and has been granted a bail hearing too.

I can’t give an educated guess as to the outcome but usually they entertain the idea of bail at all may prove promising.

The same can be said about the convictions in light of Nevada case law. Simpson and Stewart may find freedom if the same court feels the convictions and punishment too extreme.