A Doctor’s Oath Is To Cause No Harm 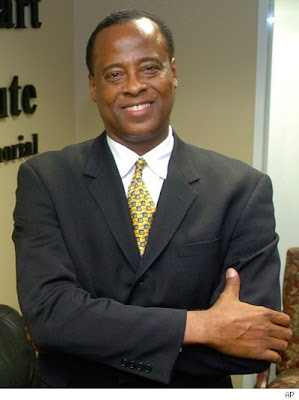 Los Angeles, CA—The final answers are not yet discovered or positive about the death of Michael Jackson. We do know Jackson has had ongoing and disabling issues with high powered narcotic pain killers.

Because of an ambitious sold out 50 concert tour in the UK the promoters demanded that Jackson have a round the clock physician protecting their huge investment.

Apparently Jackson was allowed to choose the doctor assuming this role. That doctor was Conrad Murray, MD. Tabloid rumors suggest that Murray had financial problems and jumped at the chance to tend to Jackson’s needs and reap the financial rewards.

It has been suggested that Murray injected Jackson with his final hotshot of Demerol. Was this therapeutic treatment or just done because of a sick man’s addiction and a medicine man’s greed? I suspect that the addicted Jackson would have never tolerated a physician that would abide by the Hippocratic Oath over Jackson’s chemical cravings.

Jackson’s family and indeed the world are waiting for those answers. Arrangements are being made for a second autopsy on the pop legend’s remains. You can’t rush toxicology results beyond the examiner’s capabilities and still maintain reliable results.

As for Dr. Murray, I suspect he is in for the legal nightmare of his life. Defending the administration of Demerol to an addict to do nothing more than feed an addiction is criminal. If that act results in death homicide related charges can’t be far away.

Dr. Murray needs a top notch criminal lawyer right now and a bail bondsman for the immediate future. If Murray has criminal culpability he will incur the wrath of the Jackson family, their lawyers and the millions of angry fans of the gloved one.

the Dr did us all a favor.

I was flabbergasted to hear that (reference: 9:11 call) the doc was "pumping" (caller's word, not mine) -- i.e. performing CPR on -- Jackson while Jackson reclined on the bed. Anyone knows that CPR must be performed on a hard surface and that the doctor was compelled to move Jackson to the floor before commencing with this simple procedure...Question begs to be asked: Was the doctor a moron - forgetful during his moment of panic; or had this been a deliberate decision?

Leave this doc alone - as the only problem is how do we get him to become Oboma's personal doctor?Maybe he can go 2 for 2? The old Copper.

Propofol, not Demerol. There is a world of difference. I'm and E.R. doc, and I know.
To Kim - chest compressions were futile. Propofol kills by stopping the patient's breathing. A heart will keep beating for five to fifteen minutes after breathing has stopped. By the time the heart stops beating, the brain - which is the most sensitive organ in the body to oxygen deprivation - is dead.
Jackson stopped breathing while nobody was watching. Nobody was watching for at least five minutes.
IF the doctor had been watching, Jackson could have EASILY been kept alive with an AMBU bag and oxygen, which should ALWAYS BE AVAILABLE WHEN PROPOFOL IS USED. If the doctor was stupid enough to give Propofol without an AMBU bag and oxygen, mouth to mouth ventilation would have kept Jackson alive. Paramedics could have been called, he would have been intubated, given oxygen, transported to a hospital, and; if necessary, put on a ventilator until the propofol wore off. He would have been FINE.
I have given intravenous Demerol, intravenous Propofol, and other powerful drugs. I have had patients stop breathing on me - and they all LIVED and were FINE - all of them - because they were observed and artificial ventilation with oxygen done while they could not breath on their own.