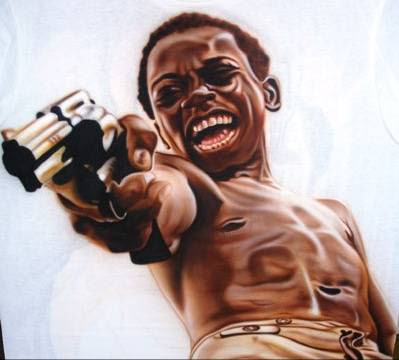 Chicago, IL—The Heller case last summer made it clear that Americans have an individual right to keep and bear arms. Not settled is whether or not states can enact gun bans. The Second Amendment was never incorporated into the Bill of Rights through the Fourteenth Amendment by the Supreme Court as the other rights have.

The 7th Circuit Court of Appeals has upheld Chicago’s gun ban saying the Second Amendment is only a protection from federal government and not the states. So it’s now off to the Supreme Court and it looks like they will be forced to deceide the issue.

The most liberal Court of Appeals in the country is the 9th Circuit Court of Appeals in San Francisco and they just ruled that the Second Amendment is incorporated under the 14th Amendment. Because there are two opposite rulings on the same issue this will most likely be heard and argued but don’t expect any quick resolution. The answer will be at least one year or more from today.

There is a real underlying fact here. The City of Chicago accepts federal funds and used them to enforce unconstitutional gun laws. The Chicago gun ban is a federal gun ban under those conditions.

If you live in Chicago and want a gun go ahead and get one. The fact is you will need one. Survival is more important that Richard M. Daley’s world where only criminals have guns. Daley wants that young man in the picture to kill you and your families as you stand by defenseless and helpless. I only pray I can outlive Daley so I can pee on his grave.
Posted by Paul Huebl Crimefile News at 6/02/2009 04:59:00 PM

This is just judicial activism, nothing more. Anyone with an 8th grade education can read historical documents and see the true intent of the 2nd amendment.

And Daley? He has been surrounded by armed guards his entire life, why should he care?

This is a waste of time and money (our tax money) by Daley. I'd love to see the day when he has to go around without armed escorts.

NRA v. Chicago, decided 2 June 2009. Bauer was on the panel. He authored the Morton Grove opinion in 1982. There he made the outrageous claim that the debates surrounding the adoption of the 2nd Amendment and 14th Amendment were irrelevant to the decision. Posner went on record criticizing District of Columbia v. Heller. Posner was also on the panel in NRA v. Chicago. Apparently Bauer and Posner ignore judicial ethics, including the admonition to judges that even appearances of impropriety must be avoided. This panel was not the product of random selection. Bauer and Posner, both vehemently opposed to the Second Amendment, ended up on this panel.

This is to be expected in Chicago, which was the toxic judicial pool where Operation Greylord took place.

(Part 1 of 4)
You're sound asleep when you hear a thump outside your bedroom door. Half awake, and nearly paralyzed with fear, you hear muffled whispers. At least two people have broken into your house and are moving your way. With your heart pumping, you reach down beside your bed and pick up your shotgun. You rack a shell into the chamber, then inch toward the door and open it. In the darkness, you make out two shadows.

One holds something that looks like a crowbar. When the intruder brandishes it as if to strike, you raise the shotgun and fire. The blast knocks both thugs to the floor. One writhes and screams while the second man crawls to the front door and lurches outside. As you pick up the telephone to call police, you know you're in trouble.

In your country, most guns were outlawed years before, and the few that are privately owned are so stringently regulated as to make them useless. Yours was never registered. Police arrive and inform you that the second burglar has died. They arrest you for First Degree Murder and Illegal Possession of a Firearm. When you talk to your attorney, he tells you not to worry: authorities will probably plea the case down to manslaughter.

"What kind of sentence will I get?" you ask.

"Only ten-to-twelve years," he replies, as if that's nothing. "Behave yourself, and you'll be out in seven."

(Part 2 of 4)
The next day, the shooting is the lead story in the local newspaper. Somehow, you're portrayed as an eccentric vigilante while the two men you shot are represented as choirboys. Their friends and relatives can't find an unkind word to say about them. Buried deep down in the article, authorities acknowledge that both "victims" have been arrested numerous times. But the next day's headline says it all: "Lovable Rogue Son Didn't Deserve to Die." The thieves have been transformed from career criminals into Robin Hood-type pranksters. As the days wear on, the story takes wings. The national media picks it up, then the international media. The surviving burglar has become a folk hero.

Your attorney says the thief is preparing to sue you, and he'll probably win. The media publishes reports that your home has been burglarized several times in the past and that you've been critical of local police for their lack of effort in apprehending the suspects. After the last break-in, you told your neighbor that you would be prepared next time. The District Attorney uses this to allege that you were lying in wait for the burglars.

A few months later, you go to trial. The charges haven't been reduced, as your lawyer had so confidently predicted. When you take the stand, your anger at the injustice of it all works against you. Prosecutors paint a picture of you as a mean, vengeful man. It doesn't take long for the jury to convict you of all charges.

The judge sentences you to life in prison.

(Page 3 of 4)
This case really happened.

On August 22, 1999, Tony Martin of Emneth, Norfolk, England, killed one burglar and wounded a second. In April of 2000, he was convicted and is now serving a life term.

How did it become a crime to defend one's own life in the once great British Empire?

It started with the Pistols Act of 1903. This seemingly reasonable law forbade selling pistols to minors or felons and established that handgun sales were to be made only to those who had a license. The Firearms Act of 1920 expanded licensing to include not only handguns but all firearms except shotguns.

Later laws passed in 1953 and 1967 outlawed the carrying of any weapon by private citizens and mandated the registration of all shotguns.

Momentum for total handgun confiscation began in earnest after the Hungerford mass shooting in 1987. Michael Ryan, a mentally disturbed man with a Kalashnikov rifle, walked down the streets shooting everyone he saw. When the smoke cleared, 17 people were dead.

The British public, already de-sensitized by eighty years of "gun control," demanded even tougher restrictions. (The seizure of all privately owned handguns was the objective even though Ryan used a rifle.)

Nine years later at Dunblane, Scotland, Thomas Hamilton used a semi-automatic weapon to murder 16 children and a teacher at a public school.
(Page 4 of 4)
For many years, the media had portrayed all gun owners as mentally unstable or worse, criminals. Now the press had a real kook with which to beat up law-abiding gun owners. Day after day, week after week, the media gave up all pretense of objectivity and demanded a total ban on all handguns. The Dunblane inquiry a few months later, sealed the fate of the few sidearms still owned by private citizens.

During the years in which the British government incrementally took away most gun rights, the notion that a citizen had the right to armed self-defense came to be seen as vigilantism. Authorities refused to grant gun licenses to people who were threatened, claiming that self-defense was no longer considered a reason to own a gun. Citizens who shot burglars or robbers or rapists were charged while the real criminals were released.

Indeed, after the Martin shooting, a police spokesman was quoted as saying, "We cannot have people take the law into their own hands."

All of Martin's neighbors had been robbed numerous times, and several elderly people were severely injured in beatings by young thugs who had no fear of the consequences. Martin himself, a collector of antiques, had seen most of his collection trashed or stolen by burglars.

When the Dunblane inquiry ended, citizens who owned handguns were given three months to turn them over to local authorities. Being good British subjects, most people obeyed the law. The few who didn't were visited by police and threatened with ten year prison sentences if they didn't comply. Police later bragged that they'd taken nearly 200,000 handguns from private citizens.

How did the authorities know who had handguns? The guns had been registered and licensed. Kinda like cars.


WAKE UP AMERICA, THIS IS WHY OUR FOUNDING FATHERS PUT THE 2ND AMENDMENT IN OUR CONSTITUTION.


"It does not require a majority to prevail, but rather an irate, tireless minority keen to set brush fires in people's minds."
--Samuel Adams

We better wake up cause our new president is going to do this very same thing over here if he can get it done. And there are stupid people in congress and on the street that will go right along with him.

Paul I believe the word you were looking for was piss. As in piss on his grave. No point in being polite with this traitorous jackass is there?

I have said for years that Daley wants the violence in Chicago. When you cannot go out at night without fear, when your kids are afraid of the street, ect., you have no time to find out what your alderman and mayor are up to.