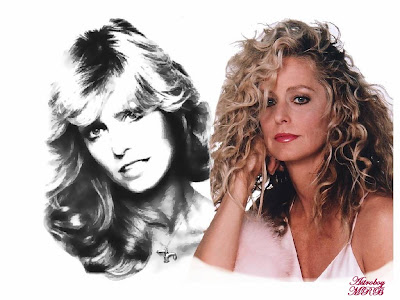 Her long time partner, actor Ryan O’Neal and their son Redmond O'Neal are both facing felony drug charges. Redmond is in the L.A. County jail as his mother faces death without him on Mother’s day.

I’d hope there is a judge somewhere with a heart to let him out at least until his mother passes. What a price to pay for being accused of committing a victimless crime. The Drug War just keeps on giving.

She was a smile to many in the 1970's. What a beautiful woman. God bless you in your fight Farrah. You are in my prayers.

Farrah you have always been gorgeous.

I hope your immediate family are looking after you, and the other Angels, and I hope that you have all the pain killers you need.