Surprise! There Was No Bloodbath In Phoenix! 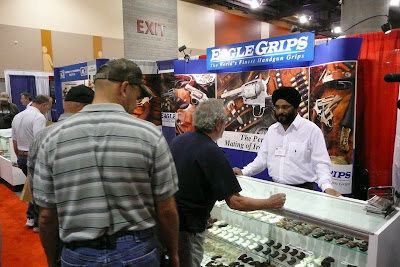 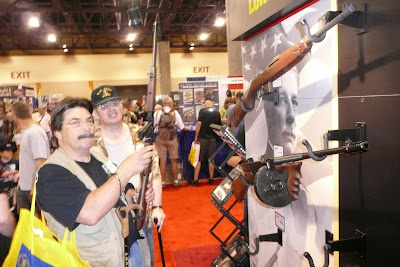 Phoenix, AZ—The annual convention and gun show of the National Rifle Association ended and despite 65,000 plus gun-packing gun enthusiast there were no shootings, gun accidents or for that matter any violent crimes committed in downtown Phoenix during the convention.

Instead, this group expressed displeasure with the Obama Administration and their un-American agenda that goes far beyond gun rights. Speakers included Wayne La Pierre, Motor City Madman, Ted Nugent, Ollie North, Arizona Governor Jan Brewer and many others. Plans were mapped out for protecting gun rights under the very real Obama threat to our way of life and national defense.

Many of my blog readers managed to find me and say hi. I have lots of video that I must still edit and post. I have also included many of the photos taken below that included a trip to Sedona where we took a Pink Jeep tour.

You will see my long time pal, Raj Singh and his lovely wife Daman. They own Eagle Grips that was founded by Harbans Singh nearly 40 years ago in Chicago.


Click on the picture below and see 140 pictures from this show and Sedona.