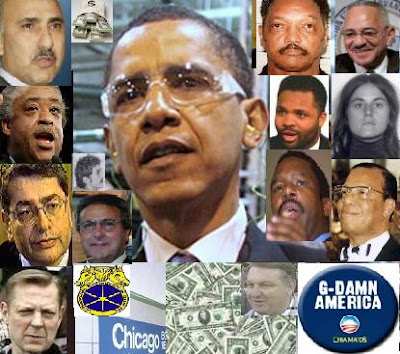 Washington, DC—Make no mistake about it we and our country is under attack. The enemy is dismantling free enterprise, our economy and our way of life is being destroyed. That enemy is Barack Obama.

Slavery was allegedly ended by the 16th President, Abraham Lincoln. It’s now back with a vengeance as Americans are delegated to being extortion victims by an all powerful despot. We are already slaves but it will be so much worse for our children.

Barack Obama’s only solution will bring Martial Law and Waco style brute force everywhere. Americans are beginning to waken and show resistance to Obama’s attack on freedom. Is it already too late? It is time to provide Obama with a strong ultimatum follow the Constitution or face removal, whatever that takes.

America, its way of life and the freedom we fought for is under the most serious attack ever. Obama must be stopped and his machine dismantled at once or we may never recover.

Americans must do whatever is necessary to remove this Communist Traitor from the Whitehouse while sending a solid message to his minions in Congress that a hangman’s noose may await them.

The ignorance of Americans must end. Tell your friends that freedom is not free, it’s only earned with the blood of patriots.
Posted by Paul Huebl Crimefile News at 5/22/2009 10:58:00 AM

Let's hope the American Sheeple are waking up. Those of us that saw this coming were called "chicken little" the sky was indeed falling, even when all the sheeple were staring up at the stars and believing in the second coming of a demigod. Nauseating. I like you will continue fight the good fight and spread the word of how evil this man is, and how he is single handedly dismantling this country into a communist state.

If you already havent found the blog "oath keepers".......... Please see my blog list and follow them. Pretty amazing stuff. Makes me proud to be an American and proud to have served our country.

Have a great weekend Paul!

Keep stockpiling ammo Patriots.Make sure you have key spare parts for your weapon systems.
We will be ready when "they" march on Lexington and Concord.

Obama wraps himself in the Constitution, but his sheep don't see that he tramples on it like Bill Ayers stomps on the flag.