Obama Death Pool, How Long Can He Last? 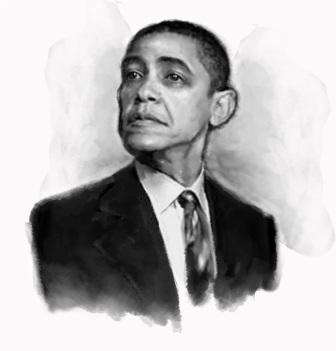 Washington, DC—With his new Administration doing all they can from the Karl Marx playbook to destroy our entire economy. Their suggestions that wounded military veterans pay for their own medical costs while branding them as domestic terrorists was unforgivable. Taking over banks, businesses along with printing money into worthlessness guarantees Martial Law will visit us soon.

The frightening concept of the Barack Obama’s Administration plans of releasing the Gitmo prisoners onto our streets so they can go to heaven by killing Americans is not going to win the hearts and minds of Americans.

Every day this despot commits another act of treason. Obama and his minions are not smart enough to realize the police, military and even the Secret Service will never subscribe to this fascist’s ideals.

There are far too many Americans with the motive, means and opportunity to kill Obama. The days of a single dysfunctional gunman assassinating a President are over. Technology has brought suitable unconventional weapons into the hands of anyone that wants to manufacture them. I strongly suspect creative efforts will bring an end to this hope and change thing soon.

I doubt that Obama will survive another 100 days and finishing his term will be against all odds. Get ready for some breaking news and a a state funeral to follow with the expected ghetto riots.

The Left will make the greatest martyr since Gandhi out of Barack Obama.

UPDATE! 5/7/09 The Obama administration will not release Guantanamo detainees thought to be terrorists into the United States, Attorney General Eric Holder told Congress Thursday as he sought to reassure worried lawmakers.

I see they have recently read current federal law and found out their plans were in violation. Okay Obama, what do you do with these scumbags now that you've ordered Gitmo closed?
Posted by Paul Huebl Crimefile News at 5/06/2009 07:57:00 AM

Are you sure that you have considered what the result of your article would lead to? Does president Joe Biden make you shake with fear? How about President Nancy Peolsi? We are lost and there is not much we can do about it except make sure that you have an extra large size jar of K-Y jelly.

I’m not involved in any plans or conspiracies to realize the dead pool results here.

The successors are horrible too and will take their revenge on Conservatives like Post Civil War Reconstruction days.

Barack is all rhetoric with few results.

Wait 'til the UAW retirees realize that bankruptcy will end many of their benefits.

Look for Daley to push the city pension funds into bankruptcy to end benefits for us.

Many more traitors need to be taken out by the fine men and woman working for the DOD/CIA/Secret Service. Frankly, Paul, what the hell are they waiting for??? The masters are meeting next week..the Bilderberg Group. An old Cobra gunship pilot out there ready to go?

For sure your on Napolitano's terrorist watch list. Her gay/lesbian lobby may even call it a hate crime.

We are lost and there is not much we can do about it except make sure that you have an extra large size jar of K-Y jelly.

There is plenty one can do.Wtite,call your elected representatives constantly.Protest peacfully and make your views know.When those options fail use the Second Amendment for its true purpose.

Obama’s poll ratings are dropping like a rock, perhaps democracy and will survive as people beginning to understand what a fascist bastard he is.

The traitors in Congress are hearing from Americans who are going to clean the garbage out of the House next election. So long Pelosi for sure