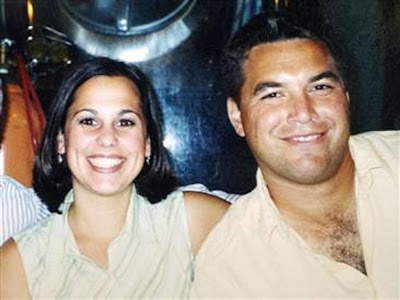 Normally for a defendant that would be a good thing. But in this case Scott Peterson could use the litigation to bring to light new evidence needed to destroy the conviction that got him condemned to die. Peterson was free to examine witnesses, test, re-test and review all the additional evidence he wanted as long as the civil case was ongoing.

I predicted that this lawsuit could do just that on this blog when it was filed long ago.

Peterson’s conviction was a result of disgraceful excuse or a trial. Not a shred of evidence was presented as to how Laci Peterson and her unborn child died. Peterson was a world class cad, womanizer and jerk. There was never a case or murder without the corpus delecti.

I was hoping the greed of the Rochas was going to be their undoing but they finally figured out Peterson would greatly benefit from the lawsuit and dismissed it.

I suspect that the last entries in the civil court file are clues that would tell us just what Scott Peterson’s lawyer was uncovering that led to the Rochas backing out of the civil action.

Now, Peterson will have to wait for his appeal to slowly grind through the system and rely on other tools to force disclosure of new evidence.
Posted by Paul Huebl Crimefile News at 5/01/2009 05:40:00 AM

"they finally figured out Peterson would greatly benefit from the lawsuit..........."

Or figured out he had nothing hand over at judgment time, more likely.

I agree CF,Peterson did not get fair trial.Very sloppy police work and star chamber show trail.

I'm sorry, I'm convinced that not only was he a womanizing cad but a murderer. How many times, have we , as police officers walked out out of the courtroom knowing that the defendant was guilty yet acquitted. I fully comprehend what you are saying but I'm positive that he killed them and got exactly what he deserved.

He should stay behind bars.

Perhaps the Rochas saw it as a 'gimme'. Or that it might forestall the lawsuits Peterson might file to get all of his property back once he is exonerated.

Anonymous "we as police officers", your arrogance bothers me. Cops have been wrong numerous, numerous times. I was just reading about the Nona Dirksmeyer murder, the cop in that case was dead wrong too, but when he was "building" his case against her boyfriend he was "sure" he did it. He convinced her mother too. Thankfully the boyfriend was acquitted and now years later the real perp has been found. The cop in that case, Bacon, reminds me so much of the cop in the Peterson case, Brocchini. Arrogance doesn't solve crimes, keep that in mind.
I look forward to the day Scott Peterson is exonerated, the MPD should be ashamed.

I'm in the middle on this one. Fact is none of us can say for sure if he was guilty or innocent.

Neither the prosecution nor the defense were with her when she was killed.

Another fact is there was lots of circumstantial evidence against him.

Then his most incriminating activities and conduct during the time she was still missing and after she was found were incriminating. It was relevant admissible testimony. .
I believe what her attorney did with that boat and the mannequin in the court parking lot was out of line and even more hurtful for his client.

Scotts attorney (MG) had a private investigator (RM) whom had his state PI license revolved by the state.
There's not a client worth that.
We must be impartial.
PI

HI-CALIBER Private Investigations said: Another fact is there was lots of circumstantial evidence against him.I'd sure like to know what it was - after spending $11 million to 'get' Peterson there is still no evidence that anyone can point to that goes to guilt. Can you point some out?

Scott Peterson is 100% innocent. In the age of lying, stealing, cheating, murdering neocons, the Scott Peterson trial was a great diversion from George W Bush's illegal war in Iraq and the raping and pillaging of Americans by suckering them into teaser sub-prime mortgages for overpriced houses and the profiting by Court TV and Fox News of the Peterson trial's coverage.

Well, you were right when you said Scott Peterson would walk out of prison. If you read the habeas petition, link below, it claims that Richelle Nice perjured herself repeatedly to get on the jury and 'get' Scott Peterson. The legal 'system' can't fake its way out of this - the trial has to be tossed out.

But further, it turns out that the key evidence against him, according to the petition, was false and misleading. Most remarkably, the expert the state's expert (Dr DeVore) referred to, Dr Jeanty, has recalculated the date of death of the fetus and puts it no earlier than Jan 5th (Jan 3rd if you use the wrong bone as DeVore did). Since the mother was alive that late or later, Scott Peterson is absolutely eliminated. He really was an innocent man.

I see no way any minimally competent DA can prosecute given these facts. As a result, it's all over but the tedious waiting for the terminally slow CA system to work.

And shame to all those howling harpies like Nancy Grace, Gloria Allred and Catherine Crier et al who were "quite certain" he was guilty. I wonder if any will apologize to him now?

I'm so confused now after seeing all the things that have come to surface .why were so many things ignored they wanted him and him only but yet o. J. Walked