It’s Time To Retire These Clowns. 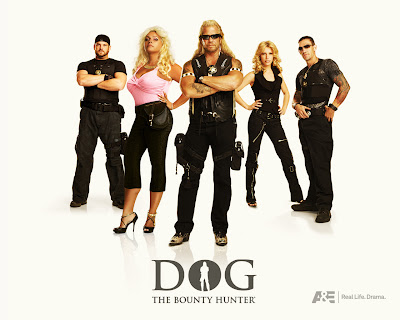 Chicago, IL—After a 1960’s major bail bond scandal here involving a prominent Cook County judge, laws were changed. The entire business was jettisoned from the courts in Illinois and the court clerks took over and things were simplified.

The court clerks under the new law would temporarily keep ten percent of the total bail amount required and posted. After an accused defendant made all of his required appearances 90% of the money would be refunded to him or his lawyer by agreement. Conventional bail bond companies keep all of the ten percent as their fee. This money is better used when diverted to defense lawyers.

Absconders would be hunted down by police not clowns like “Dog” The Bounty Hunter. The real benefit is that often lawyers would accept the bond slips as partial payment for services and that cut down the amount of public defenders needed. Should the defendant abscond the court clerk keeps the money. This became a win-win situation for all but the bail bondmen.

Bail bondsmen are a throwback to the olden days of Wyatt Earp and bounty hunters collecting rewards. Those days are gone in Illinois and the entire country would be better off if they followed suit.

In the case of anyone arrested for a simple misdemeanor offense and the accused has no a felony conviction or history of failure to appear release on a simple promise to appear statement makes sense. Jail space is needed for dangerous or repetitive criminals.
Posted by Paul Huebl Crimefile News at 5/24/2009 01:18:00 PM

There’s two new reality TV shows with two CA PI’s coming soon. ones re runaways and the other human trafficking.

Some will be filmed in my city as well. Can’t give any more details, but once the schedule is linked up on cable TV, ill let ya know. I myself am not part of it, just friends with those that are.

Who air-brushed that pic of Dog's wife? She has not looked that good in twenty years......

I guess we were ahead of the times on something law enforcement-wise here in Illinois and the Peoples Republic of Chicago.
I would miss Dog's show though, it is good for a few laughs, watching them run around all geeked up toting paintball guns, sticking them in the criminals faces. The whole family has a cartoonish quality about them with the mullets, wife beater shirts, the tats, like watching a trainwreck.