Drew Peterson Has A New Lawyer 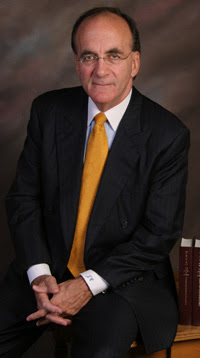 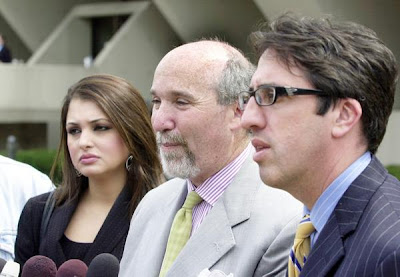 Joliet, IL—Retired Bolingbrook police sergeant Drew Peterson is due in court this morning for his Arraignment. A motion for a bail reduction will be presented by the defense as a first order of business once a formal plea of Not Guilty is entered on the record.

The charges came as a result of a reinvestigation into the death of Peterson's third wife who was found dead in her bathtub.

The defense will also make a routine motion for production and discovery asking for all documents generated by police during the entire investigation.

The judge will begin a schedule for the disclosure of documents.

Should the judge not reduce the bail to something similar to other local cases Peterson’s Defense team will run straight to the Court of Appeals to have the lower court’s bail reviewed further.

Brodsky will be heading up this venerable team that has the difficult challenge of getting Peterson a fair trial.

Note: In response to some unpublished comments, John Carroll has been previously consulted for Drew Peterson’s various legal issues. There has not been an official defense team for the instant case because it had not yet been filed. Now as of the Arraignment the defense team is in place.
Posted by Paul Huebl Crimefile News at 5/18/2009 06:50:00 AM

Ace Reporter Phil Schitz says Will County State's Attorney Jeff Glasgow will get his ass kicked out of politics with the handling of the Drew Peterson case. My sources in the Illinois State Police tell me there is NO PHYSICAL EVIDENCE connecting Drew Peterson to Stacy's disappearance.

There's NO PHYSICAL EVIDENCE directly connecting Drew Peterson to Savio's death. This case is built on nothing more than circumstantial evidence. The first autopsy report will hold more water than the second autopsy. Peterson walks in this case. As for Glasgow, he better get ready for a return to private practice.