The Dolla Be Dead 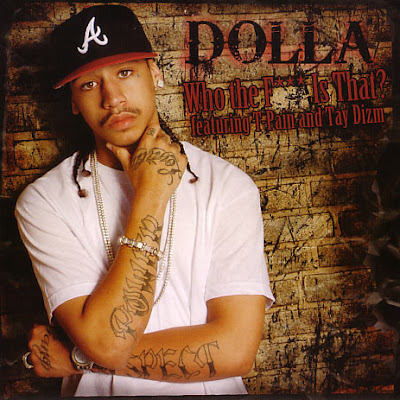 Los Angeles, CA—The Chicago born rapper known as Dolla was shot in the head in broad daylight at the entrance of the Upscale Beverly Center today. He was all of 21 years-old.

Rappin’ is hazardous to the health as The Notorious BIG, and Tupac also learned the hard way in recent times.

No, I won’t be sending flowers or attending the funeral. I’m just wondering which one of these dopes will be next.

Ya know, I'm begining to enjoy rappers after all!

More Good News! The genius believed responsible for this killing is in custody.

23-year-old Aubrey Louis Berry of Georgia was arrested at Los Angeles International Airport on Monday night. His bail is set at $1 million.

Barry was arrested with a loaded 9MM handgun at Terminal1. We can only guess if he intended to board the plane with the weapon or not.

Berry was found at the ticket counter at Terminal 1. The silver Mercedes believed to be the getaway car was found in an airport parking facility. The great news is now there are two less jerks to worry about.
Posted by Paul Huebl Crimefile News at 5/18/2009 07:53:00 PM

Oh no, what a tragedy!

Who is this guy again? !

Peoples REpublic of China says the Dolla' be dead. They want to use their own currency.

To paraphrase his hit single, "Who the (bleep) was he?"