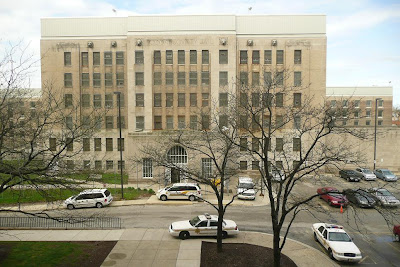 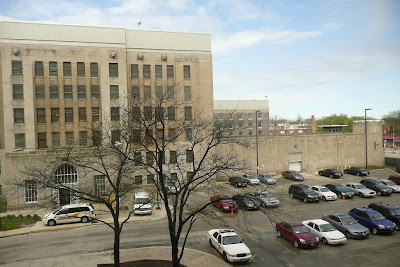 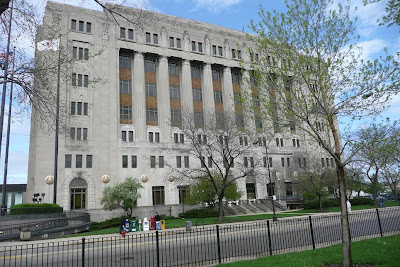 Chicago, IL—I went to my home town to assist a good cop in need of my help to clear his name. This effort required a trip to 26th and California where I spent so much time working in my younger days.

The Southwest corner of this intersection is home to the Criminal Court Buildings and what they today call the Cook County Department of Corrections. Over the years I’ve witnessed a lot of history being made inside those buildings

The old Criminal Court building, Cook County Jail, Chicago House of Correction and Cermak Memorial Hospital sit here with a lot of newly added buildings. This was and is the epicenter of where Chicago’s most infamous criminals were incarcerated, tried, convicted and in many cases executed in the electric chair.

When the feature film I’m making, Come Friday get’s financed, I fully intend to film portions of it in the historic locations here where a lot of that remarkable story actually unfolded.

I’d love to gather photos both inside and out of the sprawling complex. I’d want to capture photographs and document the history before it’s too late. Creating one of those large coffee table picture books of this place and providing the salacious details of its rich history would be so cool.
Posted by Paul Huebl Crimefile News at 5/03/2009 08:26:00 AM

Great Pics, Paul!! I would love to see more!

Too late? Are they planning to pull this lot down then?