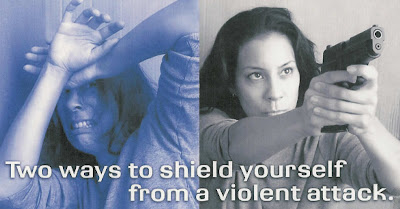 Sacramento, CA—Even the Liberal California voters have had enough tax extortion from their public officials and voted down a load of new tax increases. Of Course these same official’s priorities will defy common sense as they fight to end important programs and save the crap most don’t need or want.

Soon they will release over 60,000 prison inmates to the streets early at a time when unemployment is sky high. They will renew their drug habits and get money the only way they can. Violent crimes will soon be off the charts. That as California diligently enforces their laws against concealed weapons on law-abiding citizens.

There is only one solution here and that’s massive civil disobedience. The concealed weapons prohibition violates the Second Amendment and is unenforceable anyway. The lower courts may convict but appeals will be successful.

There is a valid legal defense with respect to violating certain laws like gun laws. That is the necessity defense. That defense kicks in when conditions make violating the law necessary to preserve life, in this case your own. With all the prisoners on the loose fear is a rational response. Of course there will be fiscal curbs on law enforcement resources too. That indeed makes necessity a viable defense.

We can count on fools within state government to proclaim the prisoner exodus will not endanger the public. Anyone believing that is a bigger fool. The actual threat of these criminals dumped on the streets is very real and very dangerous. Carjackings and other robberies will spike along with related murders.

If you choose to carry a firearm do so discreetly. Exercise conflict avoidance and avoid alcohol while you are armed. If stopped by police don’t volunteer to be frisked and if your gun is discovered do not say anything other than to ask for a lawyer. Be polite and non-threatening at all times.

The good news here is they can’t afford the jail space to keep you locked up if you have no criminal history or outstanding warrants. You may find yourself released without posting bail. Be sure to show up for court dates and tell your lawyer that you want to use the necessity defense along with your Constitutional right to keep and bear arms.
Posted by Paul Huebl Crimefile News at 5/23/2009 12:28:00 PM

Paul that just makes more work for us.

In addition to the economic hardships.... We may also look forward to an uncrease in disease outbreaks. The prisons are FULL of Methicillin-resistant Staphylococcus aureus, vancomycin-resistant enterococci, Tuberculosis, and Hepatitis.
It just gets better and better, doesn't it?!?!

How should I go about finding a gun-savvy lawyer to represent me in such a situation? And I presume I should have a brief meeting with them to see if we're both comfortable with each other?

Carrying his/her card in my wallet just behind my AZ permit sounds like a prudent thing to do.

There's more to this story than California releasing criminals upon the population. The politicians want this to happen. Crime will skyrocket. Fear will rule. And with this fear, the politicians will use it to strike down our constitutional rights one by one.

We're fucked. It won't be reported in the media because the media is controlled by those in power. They're consolidating news sources to the internet. It's much easier to shut down the internet for a day or three to withhold information than it is to shut down newspapers. This is why Conrad Black ruined the finances of the Chicago Sun-Times. This is why Sam Zell bought the Chicago Tribune. Both have destroyed once strong newspapers. If you think Ace Reporter Phil Schitz is wrong, pay attention to Conrad Black's criminal case. Currently, it's being reviewed by the Supreme Court. My money says Conrad Black walks out of prison soon.

This is unconscionable. To ease overcrowding, the State of California should only release ALL the inmates of the California Men's Colony at San Luis Obispo.