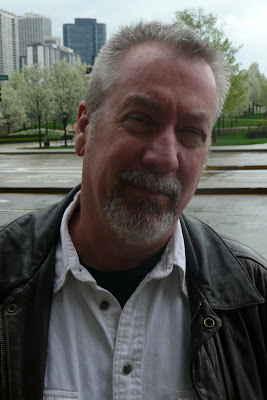 Bolingbrook, IL—I knew time was running out for the Will County Grand Jury. They had to indict Drew Peterson or recess.

They voted a True Bill in connection with the death of Peterson's third wife, Kathleen Savio who was found dead in a bathtub in March, 2004. Illinois State Police made the arrest on the Indictment Warrant this afternoon.

The accidental death was reinvestigated complete with a second autopsy after police obtained a court order to exhume her body. Officials reclassified the death as a homicide.

We will have to wait and see just what evidence had led to the charge. I will post a copy of the actual indictment here as soon as I Can get it. I will have details such as bail and custory status with the actual charges as soon as I can get them.

I have to say a prosecutor can indict a ham sandwich. We will have to wait now for the wheels of justice to do its thing. Somehow I’m convinced there is a thinnest of cases here. This may be reduced to a battle of experts on the cause of death rather than other evidence. There will be a bail hearing for Peterson on Monday at the Will County Circuit Court in Joliet, IL.

I am also convinced that we will hear from people claiming to that Grand Jury that Peterson made incriminating statements or outright confessions so they can get their 15 minutes of fame off the back of a celebrity suspect.

Peterson's lawyer, Joel Brodsky is in route to New York as we speak and I have not yet talked with him.

I don’t expect a clear answer in 2009. These things take time to resolve.

I vote that they have jack on him and he will walk.

IMHO this is an attempt to try and bankrupt Mr. Peterson by dragging him through a long pre-trial detention and then the show trial.The case for the 3rd wifes alleged homicide is weak.

The system does not like Mr. Peterson thumbing his nose at them.

Staceys case remains that of a missing person.