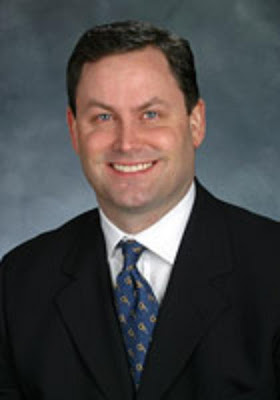 Vienna, VA—41 year-old David Kellerman was found dead hanging in the basement of his home. He was the acting CFO of this troubled and now bailed out lender, Freddie Mac.

Kellerman had worked for the troubled corporation for 16 years. He was found dead inside his Hunter Mill Estates home. Was it really suicide? I can’t help but to smell a bunch of two legged rats and a conspiracy to misdirect some of the staggering amounts of money this company mismanaged.

Was he murdered over a cover-up? If he really committed suicide I can’t help but suspect it was over the funny business that helped financially destroy that business and brought on the nefarious bailout.

This event deserves a solid investigation by anyone but government. The mainstream news media should step in and do this but that will never happen. I hope some bloggers close to the scene will take this on.

Fairfax, County police and medical examiner personnel are the lead agency for this investigation.
Posted by Paul Huebl Crimefile News at 4/22/2009 06:08:00 AM

I ran across your blog because I was wondering the same thing. This will just be a blip on the radar screen and then be forgotten. You watch.

Hillary Clinton's business partner, Vince Foster commited suicide under suspicious circumstances. Now this guy from Freddie Mac. There are evil people in positions of power in this country. This will be off the news in a couple of days and never heard from again.

7.Do not be deceived, God is not mocked; for whatever a man sows, that he will also reap. 8 For he who sows to his flesh will of the flesh reap corruption, but he who sows to the Spirit will of the Spirit reap everlasting life. 9 And let us not grow weary while doing good, for in due season we shall reap if we do not lose heart. 10 Therefore, as we have opportunity, let us do good to all, especially to those who are of the household of faith.