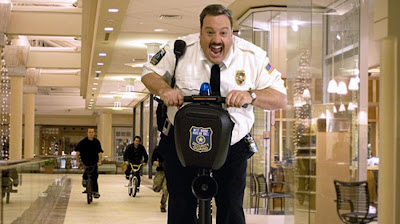 Prior to the 1970’s nearly every security officer or guard was armed but for those working in jails or prisons. It was common for security people to make physical arrests and see them trough the court system. Those days are over.

A wave of anti-gun hysteria caused businesses and government officials to begin a disarmament of sorts. Insurance companies contributed to this trend by charging the industry higher premiums for customers that had armed security as a way to increase profits.

Training for private security workers virtually ended and slowly the holsters became empty. The interference in crime decreased as security took a new approach, Observe and Report. This made security officers as effective as any other hostage.

Observe and Report functions today can be delegated to passive video surveillance cameras. They are more accurate and have a much better memory than the mall cop. The function of today’s security workers is to simply dial 911 and wait. Most of the time with respect to minor problems this concept, seems to work. The trespassers, thieves and vandals leave the area before police arrive and go unpunished for their crimes.

The power of arrest is vested in every security guard and citizen. Making a citizen’s arrest is dangerous. The risks of injury are real, but more significant are civil and criminal liabilities that will victimize the citizen that dares to make an arrest.

Training security workers entrusted with arrest duties is essential, expensive and accordingly avoided. The corporate game of let’s pretend we have security and hope for the best is today’s policy.

Now we have real problems. Terrorists and seriously disturbed people prefer attacking soft targets like malls with pretend security. As our economy tanks desperate drug addicts and people with hungry families will be resorting to armed robbery and daring thefts. People and property will be at a greater risk than ever before in our lifetimes.

Administration of real security issues with the Observe and Report mall cop is an invitation to armed and violent criminals to do whatever they want to do. They can be counted upon to take full advantage of any security lapse.
Posted by Paul Huebl Crimefile News at 4/13/2009 09:55:00 AM

It is funny you brought this up. I was shopping a month ago in the mall and passed a security guard, all geared up with every widget he could hang on his dutyrig..... I looked at my husband and said,"gee i wonder what he is going to do when someone starts shooting in here with that fancy flashlight?".........

We shook our heads and just muttered we were screwed if anything like that happened. CCW is the way to go, if the guards can't help, then the citizens can at least defend themselves.

The biggest problem I see is the US v. THEM mentallity of LE.The police feel their status is threatened.Hence the rent-a-cop remarks,mall ninja etc.

Most police officers I know here in Illinois do not even know what a Security officer can and cannot do.Especially when it comes to firearms(the sacred cow).CPD has major issues with armed security guards.

Security is a burgeoning industry in the USA.