Pittsburgh Cop Killer Delusional About His Own Gun Rights 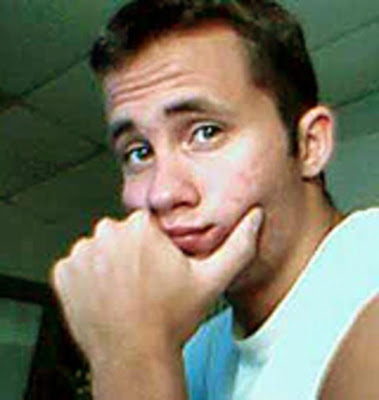 Pittdburgh, PA—Friends of accused cop killer Richard Poplawski are saying that he feared the Barack Obama administration was poised to ban guns. It was apparently not his own gun rights he was worried about. He had already lost those rights because of criminal activity.

Poplawski served a short stint in the U.S. Marine Corps and over an assault he was convicted in a Court-Martial proceeding. He received a Dishonorable Discharge. That is a military felony penalty that barred him for life from purchasing or possessing any firearms.

As for the murdered policemen, Crimefile News conveys our deepest condolences to the family, friends and fellow officers of these brave men.
Posted by Paul Huebl Crimefile News at 4/05/2009 01:20:00 PM

This nut will obviously be the new poster child for the libtards that want to take our guns away from us...

People are frightened about our Constituion being taken away from us. This whackjob is just that, he obviously had serious mental health issues that went untreated for a long time.


We need to stand and fight for our rights, they are coming for out guns and our safety. What happens when they take them, the citizens will be out gunned by the gangbangers, thieves murderers and rapist.............. We will truly be screwed then.