The Phil Spector Jury Gets More Time To Engage In Misconduct 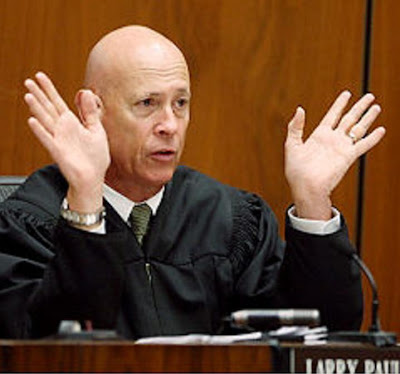 Los Angeles, CA--The Phil Spector murder trial jury returned to a four-day holiday only to deliberate a half day yesterday and they have been released by Judge Larry Paul Fidler until Monday. One juror claims to be ill and instead of replacing him with an alternate juror they have been sent home.

Will those jurors be able to stay away from the Internet? Will they be able to avoid the loads of published material that has been ruled off limits for the trial? I say there is no chance in Hell that will be the case.

Judge Fidler is doing all he can to taint this jury into convicting Phil Spector. Letting this jury to avoid timely deliberations can only work against Phil Spector and his right to a fair trial.
Posted by Paul Huebl Crimefile News at 4/02/2009 09:56:00 AM

I am a friend of Phil Spector's.

I am not sure why Larry Fidler wants to keep the juror that is ill?

There is room for resonable doubt. Get this retrial over and done with Fidler!!!!

If I were a juror at this trial I would be ill too. As this is too heavy a burden for a human being/juror.

In this case I believe that the physical evidence should be relied on more than Brazilian De Souza who does not speak English fluently and was illeally working as a chauffeur and who has been given a residency since as a reward for his testimony which may be tainted. Also the string of ladies who did not report earlier -and who remained friendly with Spector - does not conclusively prove a damn thing.