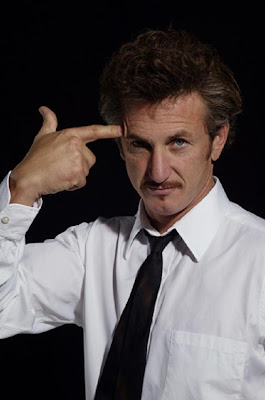 Hollywood, CA—I’ve been peddling a film, Come Friday that’s based on a real Chicago policewoman’s story for a few years now.

I’ve had big problems getting the film produced because it involves a Black serial rapist that stalked and attacked scores of pretty White women. The rapist was arrested after a prolific wave of sexual cruelty and beat all of the charges in court on a legal technicality.

The rapist was freed only to select the wrong beautiful young White woman for his horrible violence. She was an off-duty recruit policewoman and she was somehow able to stop this predator forever.

I had several offers to make the film if I would agree to change the race of either the rapist or his victims. They told me that the audience could not handle the explosive racial reality of this real 1973 event. I refused to make theat change and as a result I’m still in search of funding for this project.

The Big Hollywood talent agencies control everything from the casting, production and distribution of films. They are deeply committed to the far Left of politics and fight to control the standard for political correctness in film making. That is starting to change.

Today the art and science of film making is much more common and the price for the equipment to make films has dramatically decreased. Chicago or any large city in the world can replace Hollywood as the film capitol.

Yes there were a few films that were made violating the rules of Hollywood and had great success. Death Wish and Dirty Harry gave American’s a different idea on fighting crime. You can count the films with a conservative or politically incorrect point of view on your fingers.

There is a lot more to Conservatism than being tough on criminals that are in real stories played out in history that deserve to be brought to the silver screen.

More and more the movie theaters are being replaced by the home theater. Distribution is becoming democratized by the DVD and other digital forms. The movie theater owners are getting desperate to attract and keep patrons anyway they can. Like never before money talks, even Conservative money.

There is a somewhat small group of Conservatives in Hollywood and I met many of them at a dinner honoring Medal of Honor winners at the Reagan Presidential Library a few weeks ago. For me attending this event was a treat of a lifetime. Meeting he greatest living military heroes and the best of Hollywood honoring them in one place was way beyond cool.

Money for Conservative themed movies will make a difference in the political climate and our culture.
Posted by Paul Huebl Crimefile News at 4/02/2009 09:03:00 AM

How can I help Paul??? This is a story that should be told in full. What about going INDI??? Look at how many of those movies have gotten to the top on lower budgets and done with lack of funding....

I read the story about this when i first found your website. It is an incredible story. And should be heard.

Remember that great film, The Onion Field? That was financed by retired LAPD cops after Hollywood refused to move the project. It made a ton of money for those investors.

My guess is that it could be done well for $5million. If I had the money I could do the film. It’s considered low budget because few special effects or big ticket scenes are not in the screenplay.

I want a top director like Andrew Davis, Michael Mann, or William Fredkin all former Chicagoans to bring the story to the screen.

Do you have that $5 million handy? If you did I'd be able to got to any of these director's and it would get made.

If more money was needed like for an expensive A-list actor or two,they'd be able to raise anything extra in a heartbeat.

This would be as safe as any investment in this economy!