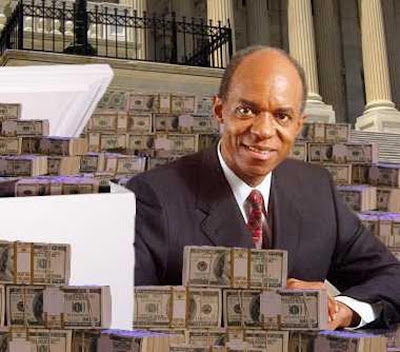 So many Americans love to send their money to Washington, DC these days. I guess it gives them a heartwarming feeling. The more money they send the better they feel!

Then, there are the others who see the massive theft, mismanagement and waste of American’s hard earned cash by politicians and bureaucrats.

Our government was not created with the intent that it becomes the giant extortion program we have today with taxes on top of taxes making yet more taxes.

Government is badly broken and unlike a business government refuses to downsize and layoff unnecessary workers or end wasteful programs. Instead as things get tough the government inflates itself with more programs and regulation of every aspect of every American life.

Americans have less freedom, liberty or fruit of their labor than ever before.

As the so-called Tea Parties are held across our land today, remember that even King George did not try and collect a fraction of what we are forced to pay and he had a bloody rebellion. Are the modern Tea Party raiders mad enough to risk their lives fighting government corruption and the destruction of our Constitution?

Americans, it seems have lost their love of freedom and would rather be slaves. For all Americans, the slavery has just begun. Today’s Americans don’t want to put their cell phones and Ipods down and fight for freedom. They’d rather be disarmed, helpless and ignorant.
Posted by Paul Huebl Crimefile News at 4/15/2009 07:06:00 AM

"They’d rather be disarmed, helpless and ignorant."

I am but one voice, but would lay down my life for my country anyday anytime anywhere for Liberty!!!

I have been harping on this blog for a long time about the destruction of our freedom and liberty. Lincoln freed the slaves and Obama has made every American his personal slave.

The Boston Tea Party was not about a peaceful demonstration and holding teabags and signs. I will hold a musket and fire when I see the whites of their eyes! I will save my energy for the militia!