Gearing Up for Civil War In America 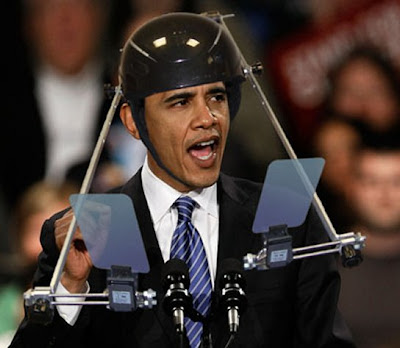 Washington, DC—There is little question except that Barack Obama and his minions want to rule the country with the Iron Fist of Communism.

Obama campaigned on hope and change but proceeded to destroy out monetary and economic system from the anti-American, Karl Marx playbook instead.

Conservative Americans, especially veterans have begun hoarding firearms and ammunition not over fear of new restrictive new gun laws but for predictable need to protect our Constitution, liberty and freedom. The rhetoric’s tone and volume is getting louder and more forceful every day.

States such as Texas are taking steps to protect their sovereignty from the malignant spread of the new Federal Socialism.

The reorganized Department of Homeland Security should be renamed The Department of Homeland Oppression. They have released a propaganda report to law enforcement agencies that suggest military veterans are a threat to America. What those despots in the Obama Administration recognize is that veterans will fight for our Constitution along with the freedom and liberty it guarantees.

Hopefully Obama and his band of Communists find out quickly that our military and police will obey their oaths to protect the Constitution and turn against a rogue federal government long before they will turn on productive and hardworking Americans.

Obama and his Communists will have to be prepared to conscript the illegal aliens, the prison population and minority street gangs for the kind of military duty they have in mind against freedom loving Americans. As our own government properly taught me during my own two-years of military service, the only good Communist is a dead Communist.

This got kinda long... because your post touched on many fronts. Like:
The news about Cuba yesterday, was a bit of a shocker. Well the Bushies really blew that one, eh? I'd like to see a comment from Daddy Bush on it!

Obama ran on the "I'm not George Bush!" platform... and so he was really welcomed, at least until people figured out what CHANGE he was talking about!

Next...
If you want to rally people about tyranny... try asking a few smokers how they feel about paying taxes to pay for uninsured children's medical expenses. Non smokers have nothing to worry about here.
(Being 51 years old, maybe I should just cop out and join them.) lol

$72 a carton, now here in New Jersey. The biggest hike was a new tax on people who rolled their own, trying to escape the huge taxes on tobacco. The anti smoking nazi's were bragging it now costs the same... to roll your own as the cheapest "class A" cigarettes.

Gee, social engineering sucks.
Get used to it, or fight back.

Next...
If you ask me, once America went down the road of the Drug War... it was doomed. People either have freedom, or they don't. When the Liberty to use drugs for recreation, became the Federal Government's to judge, and not each individual citizen's judgment call... well eventually the 2nd Amendment does not stand either. Get used to it.

Now there are so many frivolous crimes that can render a person a felon... and as a consequence... also a person without any "right" to self defense by "arms", which really matters when that is what the other person has. So felons have to use their feet for self defense while pummeled with bullets!

So that is how... you have lost a sizable audience of people who might be affected by the 2nd amendment's trials and tribulations.

I believe in FREEDOM, and that means the sad freedom to terminate a pregnancy. (Why the Bush administration never imposed a Federal tax on it, to price it out of reach for most people behooves me still.)

Next...
As long as being a Republican means I also have to be a goody 2 shoes Church-going one, I am un-represented.
Widen the audience.

Ron Paul and those Libertarians who believe in REAL freedom... not just the SAFE freedoms. (Yes, Ron Paul is the only politician I ever gave money to. I was not amused when I could not see his name on the ballot in Nov.) On the other hand... Jerry Falwell was not for me.

But politics us about principles. Read what Jefferson said about departure from principles. Get principles back into the game, and religion out.

Here is a good Mass Media test.
Fact 1.
Merrill Lynch's 3.6 billion dollar "Bonus" payout was 22 times the size of AIG's, and payed for by the 30 billion dollar taxpayer bailout of Bank of America, after the Jan 1 merger, rescue, whatever.

If your favorite "Mass Media Outlet" reported about AIG's puny 160 Million dollar bonus payout in excess, while holding their tongues on BofA, Merrill Lynch... you have been deceived. Change the channel, to find the next deceiver.

I had said earlier,But politics us about principles. Read what Jefferson said about departure from principles. Get principles back into the game, and religion out.Seems someone else has picked up on this.

They need quite a few "Contracts with America" to get people to expect something different.

People don't realize whats going to happen when the "ballon goes up" on civil war in america. I am a gun owner, i have 1 machine gun, 1 suppressor and 73 personal fire arms, i also have 75,000 rounds of pistol and rifle ammo and 30,000 rounds of shotgun ammo. I load my own ammo, store water, food/fuel and have a dedicated offroad bugout vehicle. Back to the coming civil war-the way i see it happening is some "individuals" that are fed up with the gov't and the obama bullshit decide to hit a "high value" target. Maybe a miltary depo for tanks, vehicles and weapon systems. Alternately someone decides to hit a place in D.C. Regardless of the target, the results won't be subtle. In response to the attacks, the gov't will order a crackdown on militia groups, which will further the cause of the militias. Guns of all types will suddenly be the enemy again. As the roundups and crackdowns continue, the attacks continue, in a self sufficient cycle. At the same time, the innocent gun owners will be caught right in the middle. The deathknell will be when a ragtag group hits a "Real high value target" Maybe a navy base or a national guard armory. At that point you would see "checkpoints" popup along major roads, and indiscriminate searches of vehicles for weapons. Then the open violence will begin, with small scale hit and run attacks against entrenched units. This is how i see the opening salvos of the next civil war occuring. As for me, im not joining the fight, im going to defend my properties, and i'll be alright on my own. No one to "shoot me in the back" in reward for turning me in to fedrales!!! I hope that it doesn't come down to this, but at this point it seems all but inevitable that war is coming. As for the idiots that start it, meaning the militia members that went "rambo". I hope your not in my area because im coming for you!!!!