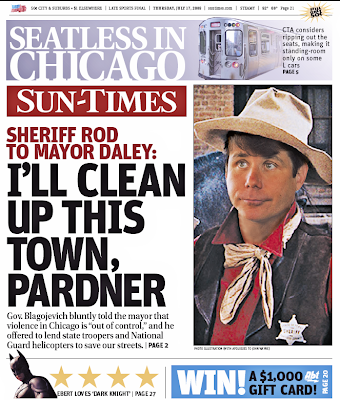 Chicago, IL--The other shoe fell on the former Illinois Governor Rod R. Blagojevich. It is impossible to believe that these defendants don't have information to bring the Whitehous down before this is all over.

The Press Release from the US Attorney:
BlagoIND
Publish at Scribd or explore others: rights crime

Let us hope for a speedy trial and a long sentence!

Interesting that the indictments were announced while Barry-O is out of the country. That's a trick out of hizzoner's playbook.