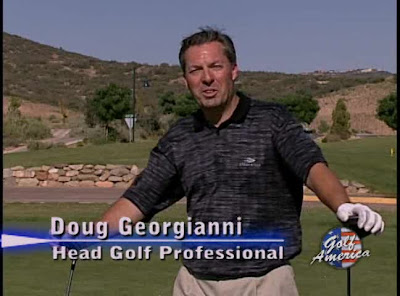 Phoenix, AZ—As a parting shot to the people of the State of Arizona, former Governor Janet Napolitano arranged to install scores of photo radar traps in a scheme to enrich campaign contributors and extort money from drivers. This despot then went off to join her pals in the Marxist Obama Regime.

This was not about reducing accidents. They have been declining every year. This is about funding a runaway government. This was political extortion, pure and simple.

Many people of Arizona hate the cameras as much as i do. There have been grass-roots efforts to shut them down. The politicians have not responded and have hired thugs to carry out the program. Throughout history only extreme violence seems to curb rogue governments.

No I’m not weeping for the dead man, former golf pro, Doug Georgianni. The 51-year-old had worked for the extortion camera outfit called RedFlex for about three months.

Truthfully I’d rather see a company official or politician responsible for the scheme in a casket instead of this foot soldier. Racketeering and extortion is a risky game to play. Extortion is a horrible business.

People engaged in the business of excessive taxation got a lot worse from our founding fathers who set the example. George Washington, Ben Franklin, Patrick Henry, Thomas Jefferson and thousands of others were the terrorists of their day. We celebrate their victory over extortion and the new nation that resulted.

It’s very simple government must go on a diet or serious population control will begin in America.

To the politicians of Arizona and elsewhere, please take a not so subtle hint and get your hands out of the people’s pockets.

If you want to save hundreds of billions? Get rid of the illegal aliens and stop educating them and providing free medical care with our money. Perhaps it’s time to stop wasting untold billions on a failed and way too violent Drug War. Doing these two things alone would reduce crime and reduce the thoughts of taking American’s gun rights.

You reap what you sow

The citizenry ain't far from rioting.

My feelings on the photo radar aside, I fear you may be leaping a bit far on this one. But, even if not, then the "perp" certainly is. Three months of association with the program doesn't make this guy bad enough to deserve this treatment as you seem to imply.

Paul I never heard of the man. Ask my wife she's NEVER seen me in front of the boob tube watching sports. Nor do I spend my valuable and unreplacable time trying to hit a little white ball into a hole in the dirt.

I'd rather spend my time doing things that effect our communities hence change our world.

Paul shamidley I took an oral interview with RedFlex back in 2000. It was for a job where they set me up to work all cameras and Intel for citations out of my office. .

Long story short thankfully I never got the job and I learned that they are using their videos/photos in inappropriately ways.

I’d say in this case even with the arrest they made it’s too early to know the motive for this killing. The hunch is obvious.

If this was an effort to get the attention of Arizona’s politicians they better be smart enough to take the hint or risk the consequences. They may be joining this unfortunate fate themselves.

Already the bravado has started with officials vowing that this will NOT end the Camera Extortion Program. Perhaps that official has placed a target on his back!

Yes government, it’s time for a crashy diet, Americans are MAD AS HELLL.

Quoted in this morning's news: "I'm sorry, I was going to turn myself in. I didn't mean for anyone to get hurt. I saw it on the news," he told officers, according to court paperwork. "The gun is in the saddlebag."
Sounds like the guy just completely lost it -- and "lost it" he did almost certainly for the rest of his life. See http://www.azcentral.com/arizonarepublic/local/articles/2009/04/22/20090422destories0422.html
Sounds like you called this one perfectly, Paul. Sad to say, "You were right."