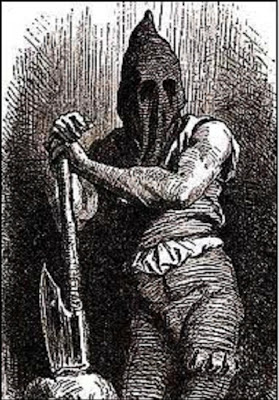 Tracy, CA—In this city of 81,500 people the police department boasted of an important arrest in connection with the murder of eight year-old Sandra Cantu.

The cops bagged a Sunday school teacher, Melissa Huckaby, 28 and accused her of rape and child molestation in addition to the killing.

There is no question that a despicable and horrific crime occurred. There is no eye-witness, video tape and the cops are not clairvoyant. Something led the cops to believe they had probable cause to make the arrest but have revealed no information other than to admit they did not discover a motive for the crime.

As usual a brigade of self-righteous harpies, have surfaced and began to condemn the suspect and demand she be put to death. I don’t suggest for a second that child killers don’t deserve some serious punishment. We have a process for this called a fair trial designed to determine guilt if it even exists.

I must take offense to the lynch-mob hate campaigns that always begin at the first sign of an infamous crime. They zero in on whoever the cops arrest and see their role as that of demanding justice. They cite whatever gossip hits print, TV or the Internet as the evidence as they pronounce guilt.

Maybe that is not true. I think every citizen of the United States of America values it.

But yet, watching media, one would hardly think that was the case.

Mass Media controls sentiment, not content. The aim of their brainwashing, is not to stuff "content" of a certain sort into people's brains, but to control how people think others feel. The "prevailing wisdoms."

Like they are trying to give respect to the Phil Spector trial, and verdict.

I count that as a single victory for each side. Score is 1-1.

By my counting, there needs to be a tie-breaker trial. :)

I really have a bad feeling when I think about the jury foreman, being a LA County Employee. Could she have lost her job if there was an acquittal? Was she made "foreman" to put the fix in?
Too much of a conflict there to be impartial, imho. I wish Phil's attorney Godspeed in his appeals.

Here's a video on youtube, showing the surprise of a citizen when he finds out what his rights are... and what they are not... going to protect him from.

Baptist pastor beaten + tazed by Border patrol - 11 stitchesThe "drug sniffing dog" routine. (They always say drugs are inside!) It's nothing but a ploy to allow law enforcement to blame the errors on the dog, when there are no drugs found. It happened to me, on the border of Illinois, and Indiana just inside Indiana. Me, my wife, and our cat... all had to wait for hours in a really hot day... while they tore our stuff apart... everything from the station wagon, to the entire U-Haul trailer we were towing. Of course they found nothing... because there was nothing for them to find.

Rights are never given back once taken by government. Best keep the ones you got.