Will Phil Spector Be His Own Best Witness? 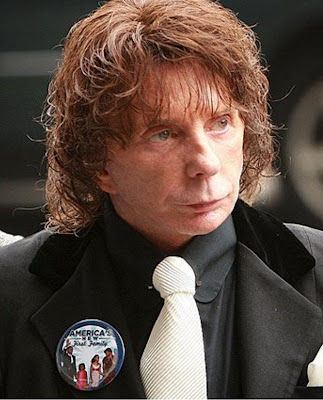 Los Angeles, CA—Record producing legend Phil Spector, is on trial for his life in connection with the death of Lana Clarkson. A huge question for Spector and his lawyers is whether or not to have him testify.

The conventional wisdom says no. However there are circumstances present that change that scenario. First it may open the door for testimony from people that hate him. The hate campaign in the form of a bimbo parade of spurned but otherwise uninjured lovers already tainted the jury and it can’t get any worse now.

Spector will have to withstand cross-examination from prosecutors. I think Spector won’t have any real trouble here. He is the only living witness that knows what happened. He can tell the world what he knows and settle the facts. The only serious problem is that Phil Spector mumbles and will be difficult to hear. He’s also had surgery that further obstructed his voice projection abilities.

To me it’s very conceivable that Clarkson, who had a habit of stealing from her own friend’s medicine cabinets, would have opened the drawer where the gun was found and began some drunken horseplay that ended in her tragic death.

Only Phil Spector can tell the jury what he told that limo driver. That driver did not understand Spector. That will show Spector was personally convinced that the driver had summoned help from paramedics and the police. It’s very understandable why Spector did not make the 911 call himself if he thought his hired help already did that.

That decision is made by the Defense Commander, attorney Doron Weinberg. You can't argue that it’s really up to the defendant because a defendant must obey the wishes of his lawyer. Lawyers generally don’t want their clients to testify.

My guess is that Phil Spector would have everything to gain and nothing to lose by telling us all what happened.

It will be very sad for Phil Spector if he never gets the chance to let the truth set him free. Will the jury break the rules and punish Phil Spector if he does not testify? Stay tuned…
Posted by Paul Huebl Crimefile News at 3/21/2009 08:51:00 AM

I will reserve comment on the trial for now.... HOWEVER... I DO find it curious that he is sporting an Obama button. Does he think the new president is going to bail HIM out TOO???????