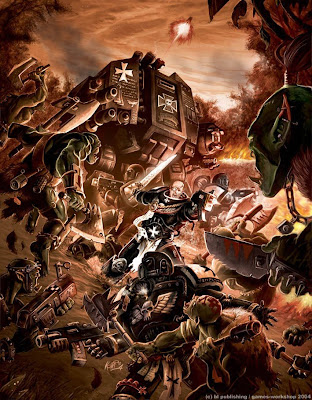 Washington, DC—Since Barack Obama and his merry band of Bolsheviks want to destroy the economy with a trillion dollar giveaway to special interests as they raise taxes two things will happen. Any improvement in the economy will be halted and reversed as our currency becomes worthless through hyperinflation.

The only sure way to stabilize our economy and protect our way of life is to suspend all tax collection from Americans and the companies that employ them. That will never happen under this bunch of traitors.

These elected Marxists want nothing less than total Armageddon for our economy and way of life. Their direction and efforts can only be a deliberate effort. They know exactly what they are trying to accomplish. The proof of their ambitions is in their actions to date.

Obama’s minions are creating the Perfect Storm that will enable them to suspend our Constitution, impose martial law and bring on their Communist revolution. I wish I was wrong but history is the model here.

Preparation and tactics for resistance:

To control Americans these Communists can be counted on to:

1. Shut down or control access to the Internet, commercial radio and television airwaves.
2. Make an effort to seize arms and ammunition from civilians.
3. Tightly control who receives food, medicine, water and fuel through identification and data.
4. Create a paid snitch network to expose members of the resistance.
5. Kill thousands if not millions of civilians like every other Marxist regime before them on this earth.

To resist Americans must:

1. Learn who you can trust in your own neighborhood.
2. Create neighborhood organizations with a command structure. Using the words of our founders, “A well regulated Militia.”
3. Create your own currency with gold, diamonds, fuel, food and ammunition.
4. Stockpile non-perishable food and look for alternative sources of food like hunting and fishing.
5. Know where your drinking water will come from.
6. Obtain cheap and easy family service radios. Find and befriend your local ham radio operators.
7. Expect in extreme weather conditions to be without fuel or power for heating and cooling.
8. Stockpile batteries, medicine and first aid supplies.
9. Be ready to engage in fierce combat with those supporting the Communists and other criminals.
10. Never ever fire any shots from the vicinity of your own home unless you want to see it blown up by the Communists forces.
11. Obtain some survival reading materials.
12. Learn how to make and deploy effective improvised explosive devices from fuel, fertilizer and household items.

A side note. When Fidel Castro seized power in Cuba, our liberal media was speculating and suggesting Castro would be a great friend to America. We all know just what a great friend to democracy and freedom Castro was. The same is true now while we wait for this despot Barack Obama to show his true red color.

Go to this site and download needed reading material from the real experts.
Posted by Paul Huebl Crimefile News at 3/06/2009 07:23:00 AM

I enjoy your blog tremendously, and for the most part, usually agree with your positions on law and order. This current topic, however, sounds like you are losing your grasp on reality and having bouts of paranoia. While I agree that Obama is taking us down the wrong path, he is taking a beating each day in the polls, which is a good thing. With only two months under his belt, he has already slipped from a 70+ percent approval rating to just over 50%. By the time four years have passed, we will be in such bad shape that the voters will run to the polls to get him out of office and replace him with someone who is not a closet socialist. But to start a rant about how we will soon be fighting our communist neighbors and spying on each other like residents of East Germany back in the 50's is a bit premature, to say the least. Sure, your scenario could happen, but it would be a long, slow process taking decades to accomplish.

I wish I could share your optimism however world history sets the stage here.

Those slow decades have already passed as our Congress has been owned by the Far Left. for nearly 70 years.

When you add Barack Obama has been in office barely six weeks and has broken nearly every promise he made:
1. Support the Second Amendment
3. Not to bring lobbyists into his administration.
4. To allow all bills to be posted for public comment before votes.
5. To have a transparent administration that now refuses to tell us about the TARP billions.

We now can believe this
empty suit has lied about everything else he said during his campaign too.

We are off to a very rough start. It’s far better that we error on the side of caution than be surprised by a dishonest despot.

Our country trained millions of Americans to kill Communists in foreign lands. I hope they all remember their training and kill those who threaten our way of life on our own soil. It makes no difference if they were elected.

Should Barack Obama suspend the Constitution or otherwise violate the rights of Americans I’d support storming the Whitehouse and hanging him as a traitor along with all co-conspirators.

We all can only hope that somehow I'm wrong. Keep your gun powder dry.

I thank every visitor to my blog for their valuable time here with me. I recognize that not everyone will agree with what I say here.

My hope is someone will either show me the error of my ways or at least put their thought into the issues I’ve raised.

None of us are clairvoyant but world history is redundant with this very old but same story. It’s just a different day with different humans that have the same proclivities.

"The tree of liberty must be refreshed from time to time with the blood of patriots and tyrants." - - Thomas Jefferson