On The Hunt for Lindsey Lohan, Fugitive from Justice 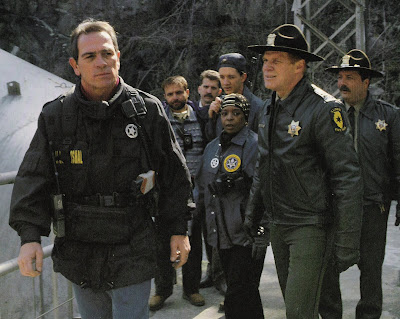 Hollywood, CA-As the cops are on the lookout for fugitive Lindsey Lohan. Lohan's new lawyer, Shawn Chapman Holley is trying to get that arrest warrant quashed. That’s difficult to accomplish on a Sunday. Holley can be counted upon to plead her client’s case first thing in the morning in the Beverley Hills courthouse.

Let’s keep this story in its rightful perspective. Lohan was free on misdemeanor probation for a DUI offense. This is not armed robbery. She has a history of showing up for court but has been snagged for some technical violation of the conditions of her probation.

Lohan should be given the benefit of the doubt, her warrant quashed and instead she should be ordered to appear and show cause why her probation should not be violated. Should Lohan fail to appear an arrest warrant is the proper and legal remedy. I suspect that Lohan can find her way to court without guns and handcuffs.

That last thing that should happen is a repeat of that ugly and unforgivable incident where Paris Hilton was sent home by the Sheriff and ordered arrested by a rogue now former judge in the most humiliating display of unnecessary government force I’ve ever seen. Had they simply called Hilton or her lawyer and ordered Hilton to return to jail she’d have done that without that horrible circus.

I fully expect to see the warrant quashed tomorrow, a short court date set for Lohan and if the court finds Lohan violated her probation it will punish her. If there was a misunderstanding then Lohan will be directed to fulfill the requirements of probation or face the consequences.

Lohan’s life has been a soap opera for sure. Too many parties and an excess of bad judgment with displays of less than dignified behavior has clouded her career. Lohan is still growing up and just because she’s now famous does not mean she can’t succeed.

I don’t care about her sexual preference but Lohan needs to get into a stable relationship that does not involve legendary fights with broken windows. I think Sam is proving to be a career killer.

Wow! Tommy Lee Jones is looking for her?