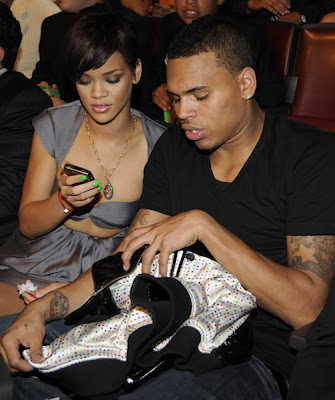 Los Angeles, CA—I must admit this old private eye never heard of Chris Brown or Rihanna Fenty until the big rhubarb and publicity along with the leaked photo showing injuries to the young lady’s face.

I don’t understand why anyone needs to hear about the inside of some relationship explosion between these kids. I don’t approve of domestic violence under any circumstance. As that old song goes, “you only hurt the one you love.” These nasty things happen all too often in our society.

The cops were called and they made a felony case for assault that the prosecutor has now filed in court. The rub here is their victim, Rihanna Fenty apparently wants the prosecution ended.

The DA intends to move the prosecution forward using a hearsay exception that allows “excited utterances” to be used as evidence. So even if the victim refuses to testify or becomes unavailable, statements recorded such as 911 calls or things told to police will be presented to a court and jury.

I say the government should back off and let the now reconciled kids work out their own difficulties. Frankly I think if the assault happened and Chris Brown committed a crime Rihanna Fenty is nuts for ever seeing the big jerk again.

Some communicate this way. Fifty years ago, the police would have said hi and bye.

Some families communicate by going to doctors and discussing symptoms.
Some cook eloborate dinners and talk about that.

Maybe Chris did not really want to hurt, only to communicate. He, supposedly did not bust her nose or cave in the cheek bones.

I read on this, did react because I figured they will be back together. Rihanna is a fool for looking past this. Some people see this as normal and I hate to place these two in the sector, but there is its.

I Bullet Am Sorry

Where is the poll? I don't see it! Thanks.

The poll expired. It was 313 to 125 in favor of letting in the hearsay crap and ignoring the wishes of the alleged victim. I was disappointed in my readers. I say hearsay almost never belongs in our courtrooms.