I Spent An Evening With Heroes! 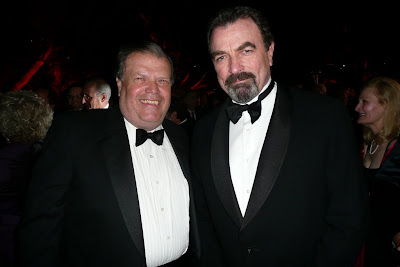 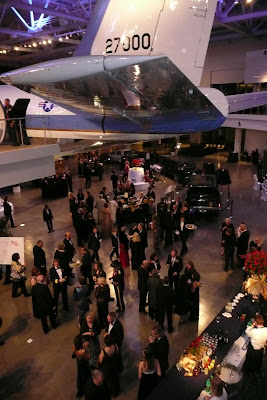 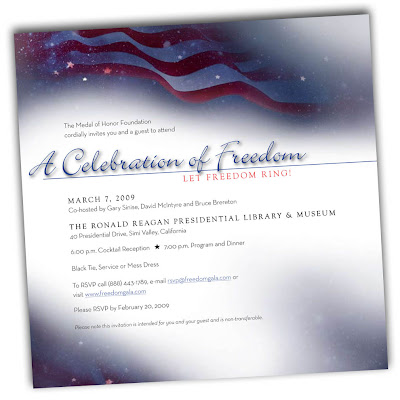 Simi Valley, CA—In the Bolshevik Collective of Caliornia there is a real monument to freedom and liberty. It is the Reagan Presidential Library and Museum.

Saturday night this wonderful place was filled with 43 surviving recipients of the Congressional Medal of Honor.

Along with these heroes was a large contingent of patriotic entertainers. Many I recognized instantly by face and name and many more that that I’ve seen in so many films and TV shows.

There were theatrical agents, producers and directors from the Right thinking side of entertainment. An in the mix excitingly beautiful women were everywhere.

I reflected on my two years as an Army medical corpsman in Germany holding off the Russians during the Viet Nam War. I was indeed humbled by my fellow Americans that gave so much more to preserve our freedom and way of life.

This was indeed a Celebration of Freedom at a time when our country faces the greatest crisis in my lifetime.

Email ThisBlogThis!Share to TwitterShare to FacebookShare to Pinterest
Labels: Heroes

Sounds like a fun time had by all!!! Wish I was there I am jealous....

We went to the Reagan museum and it was fantastic....... I loved going on Air Force 1, that was a real treat. What a nice day we had there. Ronald Reagan IS the man!!

I'm glad you had a great time!

I do like Mr. Selleck's Jessie Stone movies. He does justice to law enforcement and the stresses in it.

jeepers i gotta photo with John Walsh. But Tom Sellek. Man you out did me.

Good for you Paul

I suspect the Jesse Stone series is finished. If you saw the last one which ran last week, he was suspended by the city council. The show ended with Jesse on a bus riding out of town. A good series that I really enjoyed.