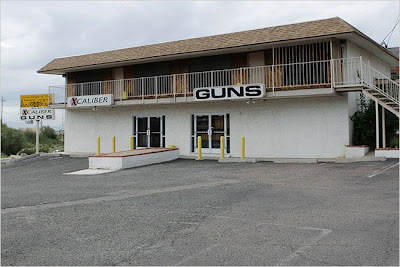 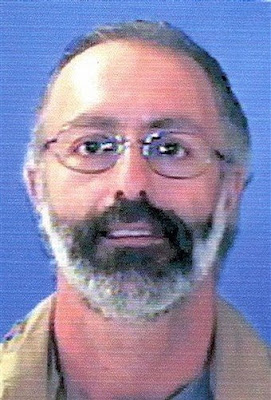 Phoenix, AZ—Attorney General Terry Goddard has always been a gun rights hater. It was no surprise when he indicted Phoenix gun store owner, George Iknadosian, of X-Caliber Guns on 21 counts ranging from fraud, to money laundering.

The root of the case involved the sale of some alleged 700 weapons Goddard’s office claimed found their way to a Mexican drug cartel. Apparently Arizona citizens who were lawfully entitled to purchase firearms and had no trouble passing the federal background check required of all gun purchasers and bought guns from this dealer.

All of the buyers involved had previously pled guilty to various charges in connection with this case.

Today Judge Robert Gottsfield issued rare directed Not Guilty verdicts before the case ever got to the jury. My long time lawyer friend and client Tom Baker representing Iknadosian simply made a routine rule 20 motion that ended the case on the spot. Judge Gottsfield is known as a fair but tough judge whose been on the Arizona bench for decades.

During the prosecutions presentation there was not a single case where it could be proven that the guns went to anyone unqualified to purchase firearms.

This case resulted from a joint investigation conducted by the Bureau of Alcohol Tobacco, firearms and explosives, Phoenix Police Department and the Mexican government.

As for Phoenix attorney Tom Baker, he’s been a great gun owner’s advocate and lawyer for a a long time. I’m proud to have worked with him and his late father and law partner, Wallace, J. “Wally” Baker, Jr. for many years.

I bought my first 1911 from X-Caliber Guns and bargained what I though was a fair price for it. That was several years ago. In follow-up visits to the store, George seemed to become less and less interested in making a sale. The marked prices on his guns were high and he seemed unwilling to negotiate. Considering the hundreds and hundreds of firearms in this store, I have increasingly scratched my head trying to figure out how he keeps the door open.
When the charges were levied and the store closed, I thought I understood the answer. His real "customers" were, according to the charges, across the border.
This week's directed verdict came as a surprise. It would appear that the state's case was, in the judge's opinion, not strong enough.
Personally, if I'd been sitting on the jury, I would've wanted to hear *all* the evidence and been allowed to make my own decision. In particular, I'd like to see what evidence was supplied from south of the border for this case -- the question seems to be whether or not George was aware that his buyer intended to transport their purchases across the border and into the hands of the drug cartels. Selling a legal item when you know it's going to be used for an illegal purpose is wrong. There has to be responsibility in our law, not just do's and don'ts.
I think the judge overstepped his bounds.
Or maybe there's more to this than meets the eye? Phoenix is, after all, #1 in the country for kidnapping, and the victims often seem to be connected to Mexican drug trafficing.
Hmmmm...

I had just finished the George Will article on this same topic over at Townhall.com

Another "amateur" blog scoops the big names with better info in a more timely manner. Keep up the good work!

Ed,
It’s a simple threshold to prove someone guilty beyond a reasonable doubt. When there is not a single shred or evidence that will prove guilt a judge has a duty to stop a trial and not require a defendant to raise a defense or let the case proceed any further.

Since this case was ended on a Rule 20 motion for a directed verdict the state can appeal and they have claimed they would. Jury verdicts of Not Guilty cannot however be appealed. I’d say justice was done notwithstanding your “gut” feelings. Gut feelings don’t belong in American courtrooms.

George Iknadosian followed the letter of the law, no more, no less. Imposing burdens on him for "gut feelings" is a road I'd rather not go down.

I bought my first 1911 from X-Caliber Guns and bargained what I though was a fair price for it. That was several years ago. In follow-up visits to the store, George seemed to become less and less interested in making a sale. The marked prices on his guns were high and he seemed unwilling to negotiate.

Prices rise over time with inflation. And gun stores everywhere have become less willing to bargain on "commodity" guns that everyone stocks, because their margin over cost is kept down to begin with by competition.

I pray you're never on a jury if you don't understand "innocent until proven guilty" and you think a prosecutor bringing charges means the suspect must have done something.

I would like to sit on the jury on any gun related case and use my JURY NULLIFICATION option.

He is my neighbor and has always gone out of the way to help me!
Let's prosecute Eric Holder and Barak Obama for running guns to Mexico in fast and furious