Glen Beck And His Message 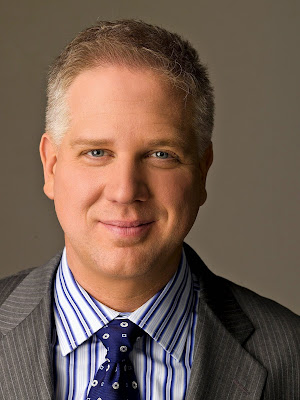 New York, NY—Fox News has showcased the talent of a 45 year-old modern version of Paul Revere. Glen Beck is warning America that the country is under an attack by Communists seeking world domination. The problem is a whole gang of them have been elected and are in at least temporary command.

Beck is energizing Americans while reminding them that they, not elected officials are in charge. That’s the way our government was designed. Beck is simply telling Americans to make their voices heard.

Make no mistake; Beck is an accomplished showman who makes a lot of sense. To the likes of Barack Obama, and his merry band of Bolsheviks, Beck is a serious threat. Beck will be targeted for removal any way they can make it happen. Beck is shaking up the airwaves on both radio and television.

Getting Americans unified and empowered so they can keep their freedom and liberty is no easy task. The IPod and Xbox generation don’t realize their wealth and comfort came from the blood of millions of brave Americans defending the freedom they enjoy. Freedom has been under attack in every society since the beginning of the human race.

Communists need walls to keep their population from voting with their feet to escape that form of slavery. If there is a single Communist world government with no place to escape they know it will be easier to control the population with an iron fist.

"We need more Glen Becks, but can Americans handle the truth?"

About 50% can,the other half worries me.The country is divided and we could be poised for civil war.

I’ve been watching Glenn Beck for the past few months now. I record his show every day and try to never miss his program. He has a great sense of humor but is definitely a no nonsense kind of guy,......absolutely “Top Shelf.” He is an American Patriot, a man of principles and a non-partisan who calls himself a Libertarian. He believes in the American people, the U.S. Constitution, tells it like it is, and takes no prisoners. I’d highly recommend that everyone check out his message. You go to his website at www.glennbeck.com or watch his show Monday through Friday on Fox News at 4:00 PM Central Time. “Go get em Glenn!”

He definitely gets right on topic and tells it how he thinks it is. Many people I know have been quoting him lately and tuning in. He does a good job.
Mark