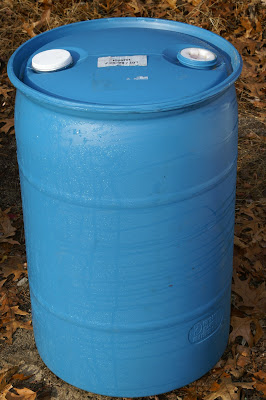 Bolingbrook, IL— Thomas Morphey's story is worthless to police and prosecutors. Morphey told his tale before and is getting the celebrity treatment again today.

This interloper’s claim is to have helped retired police sergeant, Drew Peterson dispose of a blue barrel that was “warm to the Touch” he says contained the body of the missing Stacy Peterson.

Had Morphey anything helpful or credible to say prosecutors would have not let the sun set before they would force him to tell his story to the empanelled Grand Jury.

Morphy has well documented issues with mental illness and drug addiction. It’s more than a little obvious that there were problems with Morphy’s unsubstantiated, tall tales. The biggest problem of all was an exhaustive search for the “blue Barrel” he claimed may have contained a body was fruitless.

Morphey has again fanned the flames of wild gossip and media speculation. There is no change. There’s no credible evidence of Drew Peterson’s involvement in any crime. There’s no fire here just more of the same old smoke.
Posted by Paul Huebl Crimefile News at 3/10/2009 06:01:00 PM

If I had some blue barrels I'd dump them all over the area just for fun!

Every complaint should be taken seriously until completion. What if he is telling the truth? Investigate and check it out. Every lead should be looked at seriously. Don't let ten years go by and then find out that he was right!