The Tylenol Terrorist Case Is Heating Up Again 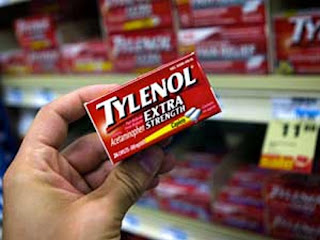 Chicago, IL—It was in September of 1982. I had recently left the bitter cold, Windy City to enjoy the next chapter of my life in Phoenix, Arizona. There was no Internet to keep up with friends and news like there is today.

There was a National news story that was shocking to say the least. People in the Chicago area were randomly murdered by some terrorist placing cyanide into Tylenol capsules and putting them on store shelves for purchase. People were dropping dead and Tylenol its maker, Johnson & Johnson suddenly had a public relations nightmare.

The motive has never been clear but I subscribed to the two most popular theories. Someone murdered a victim they lived with who was a regular Tylenol user by this method. At the same time the offender spread the deadly booby-trapped pain medication around to confuse investigators. The other motive seemed to be simple extortion.

When I mustered out of the Army in 1970 I returned to live in the Old Town area of Chicago. Back then, I kept company with some delightful and pretty young women who shared the same employer, United Airlines. Back then flight attendants jobs required that they be bright, beautiful, young and female.

That was back in time when air travel was fun. These girls were well-paid back then bringing home as much as $37,000.00 with travel benefits.

A high-rise building was built in the neighborhood at 1540 N. LaSalle Street. I soon met one more delightful United gal, Jean Regula who had moved in this yuppie occupied building. Soon Jean got a new slightly older but strikingly beautiful roommate from the ranks of her charming co-workers. Her name was Paula Prince. 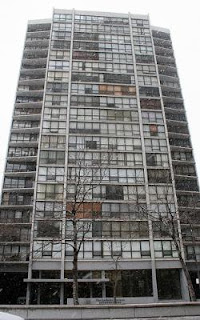 One fateful night Paula returned home from a flight with a headache and took a short walk to the Walgreens Drug Store at North Avenue and Wells Street. Surveillance video showed Paula purchasing a bottle of Tylenol. I can’t imagine the horror Jean went through when she came home later finding Paula dead.

It would take a day or two before Jean would learn about the shocking deed that caused Paula’s death.

Now the investigation is heating up again nearly 27 years later. The target apparently is the same man, James W. Lewis, who served 12 years in prison for his attempted extortion of Tylenol maker, Johnson & Johnson.

I’m not sure what they have but it would be great if the killer was caught and removed from society forever.
Posted by Paul Huebl Crimefile News at 2/05/2009 08:19:00 AM