States Rights Will Become An Issue Once Again Under Obama 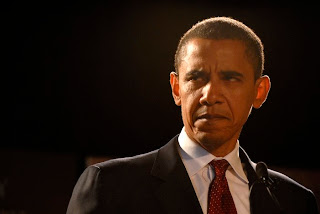 Washington, DC—The most far reaching gun confiscation enabling law ever, has hit the Congressional hopper. Despite Obama’s pledges to support the Second Amendment the new President and his merry band of traitors have have big plans for those people who dare cling to guns and religion.

Our currency faces the prospect of becoming worthless with the planned unchecked printing and spending. The Far Left now has absolute power. We are facing the same problems Europe suffered after World War I. Political power shifted from a democracy to a dictatorship.

Unrest in the United States due to millions being idle, homeless and hungry will lead to Martial Law and government efforts to control people angry with their government. If American police and military troops won’t control the population help will be sought from UN and foreign military troops offered by Communist Countries. It will be done for "our safety".

New York, California and Illinois Bolsheviks think the rest of the country will just roll over and accept whatever is dished out. That kind of control did not work in this country nearly 150 years ago and it won’t work today. The result back then was a war that killed more Americans than all other American wars combined.

There are millions of well-armed Americans that will still fight and die for freedom even against the United States Capitol. The Obama administration better slow down their grand plans to take guns and property from Americans. They had better stock up on body bags if history is a teacher. As always we are on a collision course with the past that we are destined to repeat. The winners will write the history books as always.

Here is that gem of a Gun Grab Bill:

Publish at Scribd or explore others: Other Periodicals & Report obama bad cgovernbment
Posted by Paul Huebl Crimefile News at 2/03/2009 08:25:00 PM

They can't have what I won't give!

also, it would be nice to see you post @ www.forums.gunsandall.com

Obama is doing the same thing Germany did after WWI.Obama is a Muslim an anyone else is an Infadel.

I'm hopeful Americans will not rage against one another and especially, that cops/soldiers side with the citizenry in the coming tribulation. New world order/Orwellian control over our nation cannot occur without harnessing the ruthless energy of brain washed ground pounders willing to slaughter millions. Rather, let's focus our energies on removing the 6000 Lucifarian megalomaniacs on the planet and make sure sincere, humanity loving types assume positions of public trust.

ILLINOIS: Illinois Gun Owner Lobby Day! Please join your fellow Illinois gun owners for the annual Illinois Gun Owners Lobby Day (IGOLD) on March 11, 2009, in Springfield! This is your opportunity to lobby your lawmakers directly and make a positive impact for all Illinois gun owners. Do not miss the largest gun rights rally and Second Amendment lobbying event in Illinois history! We need thousands of Illinois gun owners, hunters, sportsmen, and those who simply wish to defend their right to keep and bear arms to gather at the Prairie Capitol Convention Center. We will march down Capitol Avenue, rally on the Capitol steps, and then proceed inside to lobby legislators to make our presence known. There will be no mistaking that Illinois gun owners intend to stand up and speak out for our right to keep and bear arms in the state of Illinois! This will be one of the most important days of the year for Illinois gun owners!