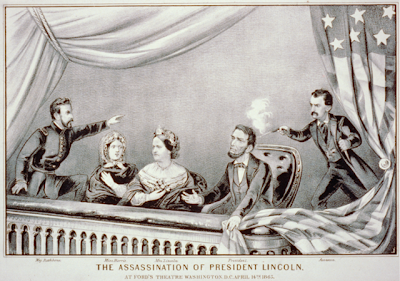 Washington, DC—The United States Secret Service had better keep the new president, Barack Obama in a bunker for his own safety. There is more than a little chatter about killing our elected leader on the Internet. Out of curiosity I put Obama and assassination into the Google search engine. This was the staggering and shocking result: “Results 1 - 10 of about 3,320,000 for Obama assassination. (0.28 seconds)”

Then I took the term’s Bush and assassination and got this result: “Results 301,000 for bush assassination. (0.33 seconds)” George W. Bush was the most unpopular President of my lifetime and he held office for eight years! Also in that same figure you must include George H.W. Bush who served four years.

There are people who hate Obama for the color of his skin and a lot more that hate the Red color of his politics. Those were the motivations for this chatter for the most part of the tiny percentage of sites I read.

The so called, Trillion Dollar Stimulus Package is considered anti-American by many millions including myself. Many millions also feel Obama is a threat to our form of government and way of life.

Based on the chatter I suspect that there will be competing teams of assassins unaware that others have given themselves that kind of a mission. Aside from foreign governments, mental defectives the Secret Service will be finding more mainstream Americans that are convinced Obama must be stopped at all cost.

Only time will tell us about Obama’s mortality, but with 3,320,000 Internet conversations dedicated to that subject, I’d say things look pretty grim after less than one month in office.
Posted by Paul Huebl Crimefile News at 2/08/2009 09:38:00 AM

Obama is a danger to our Republic, but an assassination would be worse. Imagine - he would become a martyred saint and the far left would have their liberal agenda tickets validated.

Every bridge, highway, boulevard and airport would be renamed after him. In St Louis there is a bridge that used to be called Veterans Bridge, but now its the MLK bridge, because one martyr with a questionable life is suddenly more important than the millions who selflessly defended this country.

No, we need The Godlike One because he is galvanizing the right thinkers to come together. Unfortunately, before he's through he is going to bring us a lot of pain in the form of a depression, weak dollar, more national vulnerability and a rise in the nanny state.

But we are suffering from a deep complacency. For example, everyone who's been to Iraq or Afghanistan knows that America is not fighting a war. Only the military is. When you've got your head so far up your ass it takes quite a kick to get it out.

Well, I've not looked up any assassination sites and I don't intend to. But I have to wonder: How many sites are proposing assassination, and how many are fearful of the prospect? I would bet more of the latter. I'd say there's a lot more paranoia on the left than there is assassination-level hatred among populists and conservatives.

I'll second anon. Some of those google hits are leftists speculating that rightwingers are going to whack Obama. When you remember all the assassination fantasies the left had about George W. Bush, I think projection plays a large role in that.

A few people on the fringes of "our side" talk tough, but the right tend to play by the rules and have families and jobs. And if nothing else, we are aware of the crackdown that would follow.

Consider this story from the New York Times: The other night I dreamt of Barack Obama. He was taking a shower right when I needed to get into the bathroom to shave my legs, and then he was being yelled at by my husband, Max, for smoking in the house...
http://warner.blogs.nytimes.com/2009/02/05/sometimes-a-president-is-just-a-president/
Read the whole thing, if you can stomach it.

If I were in the Secret Service, I'd be at least as worried about a nut on the left as I would about some militia A-team. I note you have a post on Oswald on the same page, and I take your point. I used to be a conspiracy theorist on that, but gave it up after reading about Oswald's life. The man was a failed, embittered leftist. He defected to the Soviet Union, but they had no use for him and he gave it up after a few unsatisfying months in a television factory. He couldn't get taken seriously by the Russians or Cubans as a spy or agitator. No woman, no friends, and a dead end job. Finally he decided to make his mark the only way he could think of. Hopefully there won't be a parallel there, or it won't be succesful. Oswald would have been a joke without military training, something most modern leftists aren't noted for.

Was it, Dr. Mudd who treated Boothe for his ankle from jumping on the stage after the assasination?

Thus the saying, your name is mud.

I spent 8 years praying for Dubya's health and safety. Who wouldn't? Can you imagine President Dick Cheney? Shudder!