The Internet And The Phil Spector Trial 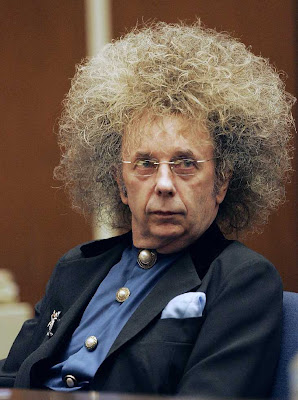 Los Angeles, CA—Celebrity justice is a strange animal. Either the accused is or because of a sensational crime becomes a celebrity. When that happens it’s dangerous to the very core of our American justice system.

Too often I’ve seen celebrities prosecuted simply because some cops and prosecutors know only too well they may hang on to the coattails of celebrities they too will gain fame and fortune.

The issue of fame and fortune too often taints criminal and civil trials. Indictments are sought just to raise the political profile of prosecutors and other government bureaucrats. Often judges change their personal behavior and make rulings designed to prolong their time in the spotlight. No high profile can begin without a press release boasting of an arrest or indictment

In our society the celebrity phenomenon brings bizarre results. Celebrities are created by the press for talent or some innocent or nefarious involvement in a monumental event.

The O.J. Simpson murder trial made numerous careers of lawyers, writers, broadcasters, a dishonest LAPD homicide detective and a freeloading Simpson house guest. Many went from government salaries to serious financial rewards. Simpson’s prosecutors did not fair too well from publicity simply because they lost the case.

Unfortunately infamy makes people rich as quickly as fame for admirable deeds. Disgraced detective Mark Fuhrman was the only person convicted of a crime in the Simpson case. He used his perjury conviction like a sword to become a multi-millionaire as an author and broadcast crime commentator for Fox News. He also is a talk show host. Today most people have forgotten Fuhrman is a convicted felon. Many people admire this criminal because of his infamous crime! 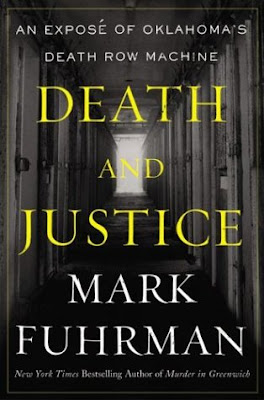 Judges get in on the act too. Sometimes it’s a career killer like it was for Simpson judge, Lance Ito. Who could forget the dancing Itos from The Tonight Show?

Now we have a new player in celebrity trials, the Internet. Jurors are admonished to avoid the media, Internet or conversations connected to the cases they are asked to judge. It’s nearly impossible to police jury conduct. In low profile cases this particular kind of jury misconduct does not happen.

People selected for jury duty too often love this duty for all the wrong reasons. They lie about their prejudices and personal baggage. Like Juror Number Nine in the first Phil Spector trial admitted recently, many of them enter the jury room with their mind already made up. This kind of misconduct eliminates discussion and deliberation as a way to a verdict.

In a low profile case several years ago I wrote about a justifiable shooting case in Hollywood. I wrote about the extensive criminal record and dubious immigration status of the so-called victim. That information was kept out of the trial and not transmitted to the jury.

More than a year had passed since that shooting and I noticed my web counter got 14 Los Angeles area hits on that forgotten story. I guessed why the sudden interest. The trial of the accused began and members of the jury were all doing Google searches on the defendant’s name! They had full access to the information the court ordered withheld and my opinion on just why this was a justifiable use of force.

That trial ended and I got an e-mail and phone call from the foreman of the jury telling me they acquitted the defendant! The IP address of that jury foreman matched that of a visitor to my site numerous times throughout the trial.

The first Phil Spector trial was covered by all manner of media complete with gavel to gavel TV coverage. I had suffered an injury and my movement was very limited as a result. I used that free time to watch the coverage and fully blog the trial.

I discovered an anti-Phil Spector hate campaign develop on the Court TV website and a Sherman Oaks woman’s blog that provided a true hatemonger’s view of the Spector case.

Juror Number Nine from the first Spector trial contacted this woman blogger the very day the trial ended in a mistrial. I remain convinced that this fellow who sought conviction was reading the Sherman Oaks based hate blog every night after the trial recessed.

As for the Spector re-trial only the Sherman Oak's based hate blog is publishing information about this case on a daily basis.

Should Spector be convicted I intend to suggest to the defense lawyers that subpoenas be issued for the ISP information of the juror’s. The website address viewing of the jurors is kept by the ISP and getting that information is simple. I see a mistrial for jury misconduct and perhaps we will see jury members get some unwanted fame.

I think the only right answer in high profile cases is to sequester the jury. That will keep them away from outside influence.

A side note: As some people try to castigate Phil Spector as a hater and abuser of women, that it was Spector who made millionaires out of so many women he promoted as a record producer. Spector brought out some of the most wonderful voices we’ve ever heard.

In case you’ve forgotten, sit back and enjoy the Dancing Itos!

That hate blog dedicated to the conviction of Phil Spector is horrible. That pathetic woman writing her hate distorts the facts as she idolizes the prosecutor like a groupee.

She canonized the dead woman as a saint when it’s obvious Ms. Clarkson was a desperate drug addicted con-woman who was serving Spector as a common prostitute.

It seems clear she was a drunken emotional mess who died by her own hand. This was either horse play, role playing or suicide, not murder.

Thanks for exposing her without sending traffic to her site.

On the other hand it looks like a popular court message board has brought huge amounts of traffic to your site. The nasty disfunctional women there seem to hate you! Let them stew!

I love those people who write to you defending Spector and hating a woman who is entitled to her opinion (just as we all are). Your fan writes how "horrible" that woman is for saying bad things about Spector - all I can say back to that person - "lets say it was YOUR DAUGHTER who went to Spectors house (without a gun) and wound up dead in his house, after being shot with SPECTORS GUN. I want to see how "horrible" you would feel then write in person.. Why you'd want Spectors ass on a slab forthwith. My advice to the writer & to you Mr. Paul- is that your compassion is wasted on poo poo like Spector (a drug user, gun toter of past) when it should be with the poor murdered woman. God will judge us all - Spector included but first the trial and he is getting one - however show by defense design. I applaud the "woman" who stays after the process and does not let us forget so that the attorneys can make a "money deal" for Spector. The blood of Lana Clarkson will be on all their hands as well as your writer and you as you defend the bum. Get real coppers - this Spector is garbage and you all know it. The old copper.

Paul, you've turned me around on this. I was infuenced by the smear efforts at the Court TV site.

I don't know mthat Spector is innocent, but there is no real evidence just a lot of gossip and hate. I'd have to agree he should have never been charged.

Thanks for your insiteful blog.

Sprockett should sue your ass for that radio show!

"Ms. Clarkson was a desperate drug addicted con-woman who was serving Spector as a common prostitute."

BINGO,we have a winner.Ms. Clarkeson death while tragic is part of the seedy side of hollyweird.Her "career" was bottomed out and she was out gold-digging.

I find the the whole Spector trail a GIANT mis-carriage of "justice".And folks wonder how innnocent people go to prison.

I don't want to comment on the individuals you named in your blog, but I do agree whole-heartedly about two of your main points: 1) celebrity trials are grotesque distortions of justice and 2)jurors seem to be using the Internet during trials and this has to stop. I've commented on both these issues in my own blog, which I hope you will visit. The only point I'd like to make that may be contrary to yours is that in my experience (more limited than yours) people who take the time to serve on a low-profile jury are civic-minded, open-minded, and wary of the power of the state to deprive their fellow citizens of their liberty. Low-profile, not high-profile.

Paul, thanks for your site to make comment re the Spector trial The "dedicated" woman blogger is enjoying her celebrity to the max. She gloats and laughs and gushes over the prosecution's smallest mannerisms and clothing they wear. On and on it goes.

Mr Spector gets the cold comments and that he looks at her with a death look. How he can even hold his tongue after the daily poison she injects on the internet, shows his control.

This woman has let this trial go to to her head and she must not forget she is not accredited press. Just a housewife with alot of free time to write a hate column. I will give her a new name...."Miss Trial". She will be the cause of it and perhaps the next judge she sits in on will prevent all the info from being accesible when there is a man's life at stake.